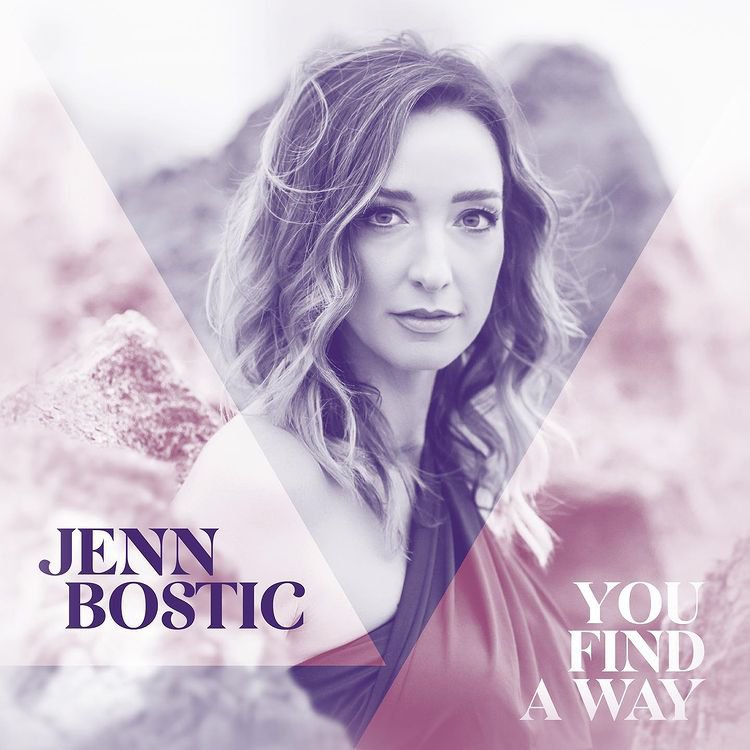 American singer-songwriter Jenn Bostic releases a powerful new album titled “You Find a Way,” available Friday, July 15th. This will be the follow-up album to her 2019 EP Take My Hand Part 1, which debuted at #11 on the Christian/Gospel iTunes chart. This project is a collaboration and passion project between Jenn Bostic and Grammy nominated songwriter and producer Lauren Christy (Avril Lavigne, Bebe Rexha, Dua Lipa, Christina Aguilera, Katy Perry).

Jenn and Lauren met after Bostic’s viral international hit Jealous of the Angels, which honors Bostic’s late father. Lauren became a mentor, collaborator, and friend to Bostic, with songwriting sessions being a beautiful way for them to share their faith. Stand out tracks from the album have already been creating a buzz, including Jealous of the Angels/Amazing Grace, a re-release of the hit, which reached Top 40 at Mainstream AC, and Top 10 on the Southern Gospel Chart. The latest single Leave it at the Cross is currently being played on 15 Christian Radio Stations around the US.

The music video release for the title track of the album is set to release Friday, July 22nd, which will be celebrated during the first leg of Bostic’s album release tour. Not only is she celebrating the birth of this album, but Jenn and her husband Michael are expecting their first child in November, making this year and the release of this album extra special.

Bostic has twice been named “International Touring Artist of the Year” by the British Country Music Association, and has won five (5) Independent Country Music Association Awards including “Best Songwriter,” “Best Musician,” and “Overall Winner.” She performs sold out shows across the US and Europe including venues such as the Ryman Auditorium, Grand Ole Opry, and Lincoln Center.