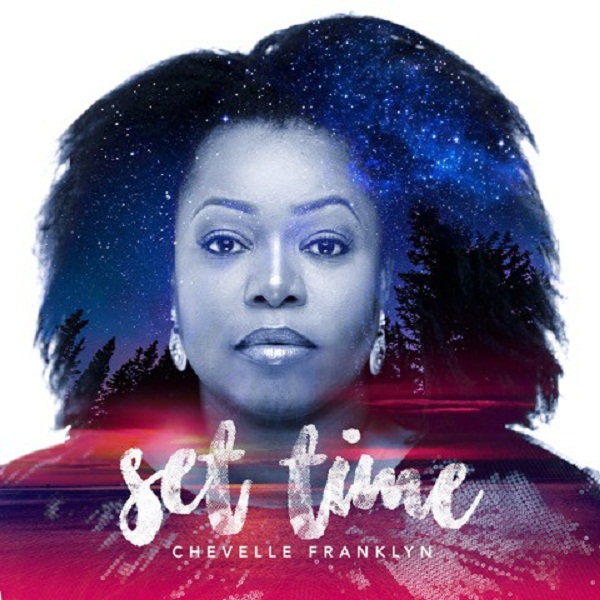 Where has Chevelle Franklyn been in the ten years since her last studio album His Way and her new album Set Time?

Apparently at home, in Jamaica and appropriately both touring the world and spending a lot of time with God.

The former secular sensation turned Psalmist powerhouse lives in Jamaica, but according to Chevelle, “doors kept opening up all over the world”. This was enough for her to stay moderately busy yet still active in the studio. “God opened doors in Nigeria, Ghana and Zimbabwe, I mean all over Africa, and the world by extension – London, The Middle East, The States and Europe, so I figured people were wondering if I migrated or something. God was doing His thing, I kept receiving new music but the season was not yet fulfilled for music to be released”.

Chevelle Franklyn’s new album, Set Time chronicles the journey thus far. “I could not rush, I had to learn patience and trust the process”.

Two decades ago in the 90’s her hits Dancehall Queen with Beenie Man and Mr. Lover Man with Shabba Ranks exploded onto the world scene and catapulted her to the “who’s who” in the music industry. “I was going to all these music industry parties the likes of Janet Jackson album launch in Paris and also Mariah Carey’s but there was real void, one that I knew at the time that only Jesus could fill.

​Get the “Set Time” album on iTunes

The album opens with a light Reggae, Summery Sing-J track “First Love” An attractive opening with airy vocals over smooth reggae beats, a sound characteristic to Chevelle Franklyn; listeners will all too easily remember the soprano stylings of Franklyn that they have come to know and love.

This song as Chevelle Franklyn puts it, “is about returning to your First Love, Jesus Christ and letting go of any distractions”

What’s not distracting? The range of her musical prowess. In fact, many of the stunning tracks on this new project showcase, a range of diversity from her punch as a DJ to the ease with which she vocalizes, light and breathy at one end then powerful and captivating at another; there’s something for every listener.

Currently booked for dates in Australia and Nigeria before the end of 2017, Franklyn knows that the journey thus far is continuing to mold her to be more Christ-like every step of the way, sharing her gift with the world.

Speaking of sharing with the world, one such track Let All Nations, a CCM inspired worship anthem is enough to make you pause and reflect on the Sovereignty of the Almighty. “I remember God giving me this song about seven years ago and I have been singing this song to nations around the world; it has been very well received.

​Get the “Set Time” album on iTunes
Mainstream Collaborations

Another treat for listeners is that this album features some of her friends in mainstream gospel.

I have A Father, featuring Grammy Award winning artist Pastor Donnie McClurkin, is one half of the double-combo lead singles for the album, (the other, No Foreign god). I Have a Father is an Afro-Caribbean party starter, to get you moving. The track is a medley of popular African worship songs. “It’s interesting how Africans worship. It’s intense, it’s real and very deep. Just thinking about how God has showed me so many things every time I take a trip to Africa and I am amazed – for them worship is essential and a lifestyle.

Always one to master the quality of her music and allow the Spirit to lead her ministry, the songwriter/minister/producer believes the songs on this album had to come at this point, and not before. “This is the time and I am ready to share it with the world, this is the set time.

​Get the “Set Time” album on iTunes