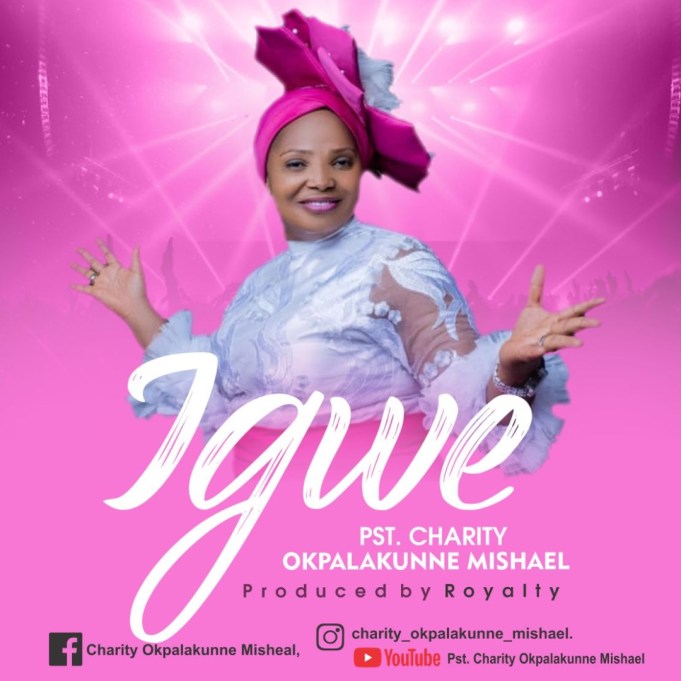 Pastor Charity’s has been in the music scene for more than 22 years. Life Praise 1 was her first album which was released in 1998 after which she has released other albums which includes the mega hit African Super Praise “Omanmee” and other singles.
Her new single “Igwe” is a song that has the capacity to ignite God’s fire in your heart and to crave God’s presence.

Royalty at JIA Media Studio is responsible for the production of Igwe and you should definitely update your playlist with Igwe by Charity Okpalakunne Mishael.