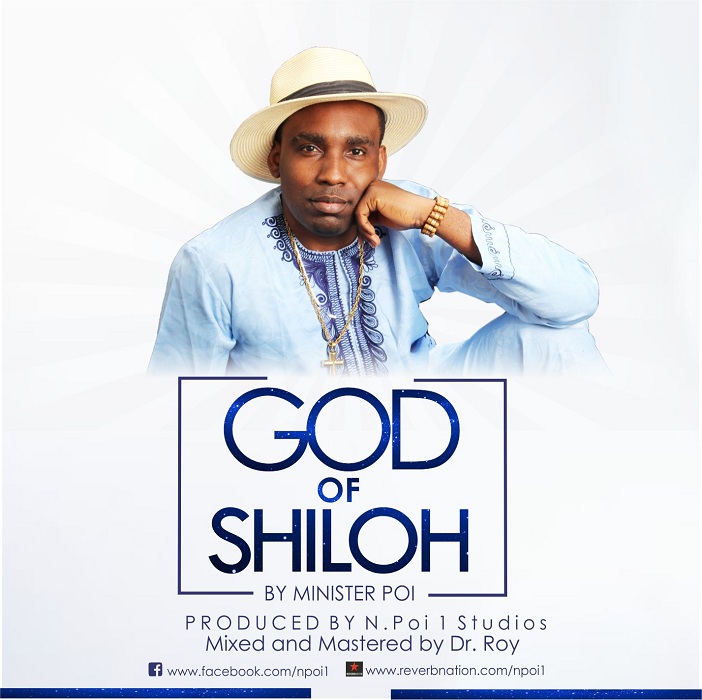 Produced by N. Poi 1 studios and mixed/mastered by music maestro, Dr. Roy, “God of Shiloh“ is a song of praise which ascribes greatness to our God.

In 1995, Minister Poi got born again and baptized in Foundation Faith Church after attending and graduating from the foundation class. Poi was the founder of the ‘Heroes’ singing group in the 20th century and currently the leader of God’s Praise Family in the United States.

Poi also became one of the most popular praise & worship leaders in the field. Mr. Poi who was ordained a minister in Chrysolyte foundation ministries in 2008, began singing with church choirs from the age of 16. He played Keyboard and sang with the Faith Life Choir, RCCG Green pastures Parish choir. Served as a music director in Effectual Word Christian Center, Chrysolyte Foundation ministry, Saviour’s Intl Ministry and Winners Chapel int’l Houston Texas United States. Showcasing his superb arranging, production, and songwriting skill as well as his soaring vocals. Poi’s concurrent solo career began in 2014 with his “TAKE OVER” album , and he released additional Single titled Out of Ebola the same year, gradually embracing an in-concert feel even on his studio recordings… He released his first musical video titled “Messiah” in May 2016.