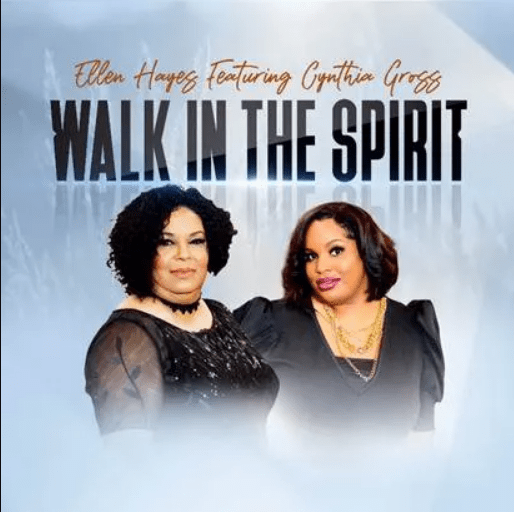 The Gospel music industry has been raving about multiple Rhythm of Gospel Award Nominee Ellen Hayes. Radio stations, music blogs and television shows have been showcasing the talents of the gifted, Detroit-based vocalist, songwriter and organist. Her most recent single, “We Owe It All To You,” racked up tens of thousands of streams as has her accompanying music video. The song held the #1 spot on radio playlists for stations such as Synergy 1 Radio, The Donna Walton Gospel Network and NIA Radio. Multiple GRAMMY Award Nominee and Editor of The Journal of Gospel Music Robert Marovich said about the project We Owe It All To You, “the album contains a greater number of individually distinctive and quality gospel songs than one typically finds on albums today”. Now from that same acclaimed CD comes Hayes’ follow up single, “Walk In The Spirit”. Dubbed an “aisle walker” by Marovich, “Walk In The Spirit” is currently available for purchase and streaming on all digital outlets and is already hitting radio.

One of many impactful songs from the pen of Ellen Hayes, “Walk In The Spirit” is a liberating and rousing church tune. A true hand clapper, Cynthia Gross, Hayes’ daughter takes the lead mic on the record. Known for writing songs with lyrics straight from scripture, “Walk In The Spirit” is no exception; the song is pulled directly from 2 Corinthians 3:17. Not only is the track a reminder of how believers should walk, but the message is close to the heart of the songwriter. “These bodies we live in are two people,” says Ellen. “We are flesh and we are spirit; they don’t get along and they don’t eat the same things. The flesh desires the things of the world, and the Spirit desires the things of God. As Christians, we must choose to ‘walk in the Spirit’ on a daily basis.”

Never one to stray from scripture in her songwriting, she began penning songs when her late father, a pastor, insisted that his church only sing songs that were compatible with the word of God. A choir director at the time, she says that mandate “opened up the creative part” of her. Since then, her music has been featured on a project from the ensemble, True Inspiration, which included Ellen and her brother, Dr. Raymond Edison as members and on her debut solo effort, 2012’s Step Into Your Blessing, produced by Michael Mindingall. A favorite with Gospel music fans, Step Into Your Blessing netted Ellen four Rhythm of Gospel Award Nominations. Her music was also featured on the Gospel Music Workshop of America’s 50th Anniversary CD, Bringing It Back Home. Held in Detroit, the project included Ellen’s worship tune, “Oh King”.

In addition to blessing the listener with her own moving vocals, Ellen’s latest record, We Owe It All To You, features the vocal talents of her three daughters, LaToya Bellafant, Cynthia Gross and Carmen Hayes. A wife of 40 years, Ellen is also the church musician at her home church, Word of Truth Church in Detroit, Michigan, pastored by Rufus Hayes and founded by her father. Both her single, “Walk In The Spirit”, and the project, We Owe It All To You, are available on all major digital outlets. 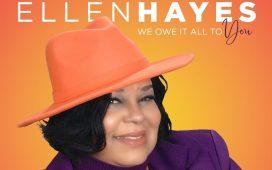 DOWNLOAD MP3: Ellen Hayes – We Owe It All To You