Download Mp3: Sara Groves – What Makes It Through (Album) 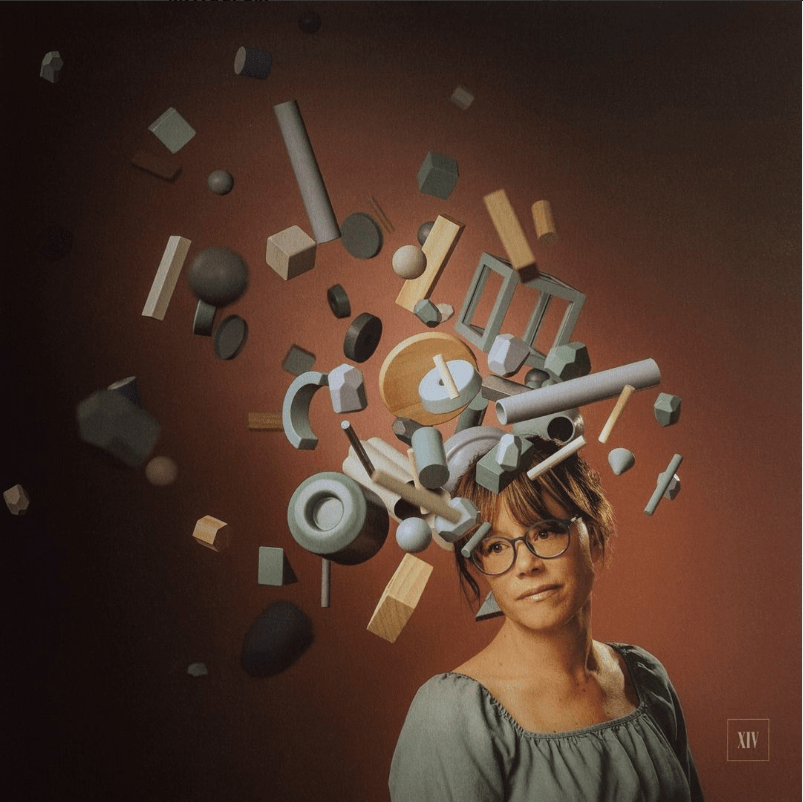 That’s the question at the center of the just-released album from veteran singer/songwriter Sara Groves. What Makes It Through, her 14th album and first collection of original songs since 2015’s Floodplain, is a reflection on an unsettled world, especially in recent years, and a step toward healing.

Groves, an avid reader, was inspired by a number of books in making this album. She cites Kazuo Ishiguro’s The Buried Giant as a source for the album’s prevailing theme.

In Ishiguro’s book, “the two main characters are coming out of a fog of forgetfulness, waking up to their own histories — the ways they have been wounded, and have caused wounds,” says Groves.

“The story inspired me to explore the role our memories play in forgiveness and reconciliation. What do we remember, what do we forget, and what do we memorialize? How can we move toward each other when we are telling different versions of what happened?

“We are imperfect witnesses to our own lives and histories,” she continues. “And in the end, it is really hard to tell ourselves the truth.”

Working on both an interpersonal and communal level, the nine songs on What Makes It Through consider the distance to truth and reconciliation. Whatever that distance, it’s never an easy road, but a necessary and worthwhile one, as noted in the song “Deal Breaker:”
there’s grief like a blackbird
ever-present in the sky
and I can feel all our distance
and the hidden reasons why
but some days I can see us
and we’re soft and reconciled

What Makes It Through is both a lament and a vital step toward reconciliation as the divisions we are experiencing at the highest levels of power split us right down to the kitchen table. Groves hopes the songs spark reflection on what stories make it through and how truth, lies, and conspiracy can shape us as we move forward on a personal and communal level.

“On a communal level, many countries with a history like ours have entered into a Truth and Reconciliation process,” says Groves. “But we have never done that. We’ve never let the truth of our history soften us. In church, this is what we have been talking about all of this time. We love the verse, ‘If my people, who are called by my name, will humble themselves . . . and turn from their ways.’ But in the face of some righteous questions, instead of humbleness, there has been this awful doubling down, and a strange McCarthyism around equity work and ‘wokeness.’

“I decided to tie my faith language hand behind my back to avoid what Eugene Peterson called ‘the dreaded god-talk.’ I’m talking to myself, to my people — can we tell ourselves the truth?”

Groves delves into that feeling in “Telltale Heart” — a nod to the Edgar Allen Poe short story — by describing a world that looks good on the outside while hiding darkness deep within. She likens it to an elegant dinner party that’s a front for something terrible underneath.
smile and welcome in the guests
see the fork is on the left
there are bodies in the basement
laughing at a joke too soon
gliding through the living room
hear the beating of the drum

How to get past it all? Again, Groves points to forgiveness and reconciliation. On “Rendezvous,” a song she says is at the thematic heart of the album, she sings:
forgiveness is a tour of duty
is a hall of mirrors is a haunted house
and I held it till it burrowed through me
till it hit the bone had to let it out
I want to let you in
even now a new beginning . . .

“Forgiveness is hard work,” she says. “It requires, over and over again, that we leave the comfort of our own independence and to strike out to meet each other, and that work is hard.”

While making the album, Groves often thought of Vedran Smailović, aka the Cellist of Sarajevo. Smailović, a Bosnian musician, performed Albinoni’s Adagio in G Minor for 22 days after a bomb killed 22 people in a downtown marketplace during the 1992 siege of Sarajevo. As the war continued all around him, he continued playing, day after day, despite the danger.

“The Cellist of Sarajevo is a mobilizing metaphor for me,” says Groves. “That was a protest of beauty. Pacifism is not passive. He gets into that bombed-out crater and plays. This record is me putting myself into the crater of this moment and putting these songs into the world.” 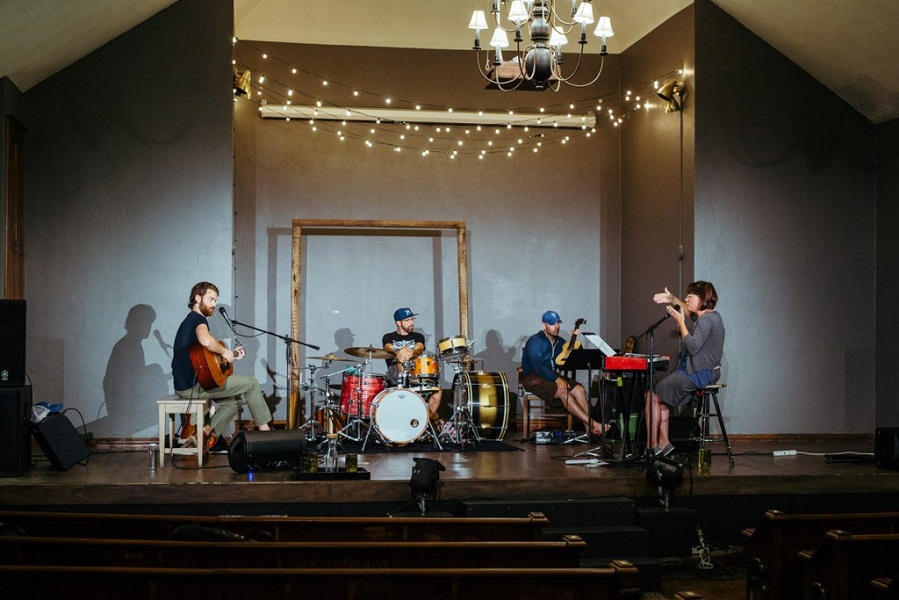