Selah’s third Greatest Hymns compilation delivers 13 piano-driven arrangements of genre-spanning favorites. Produced by Jason Kyle Saetveit, the album features such Sunday morning standards as “Blessed Assurance” and “Oh, How I Love Jesus”; an emotive new rendition of the iconic Imperials/Russ Taff anthem “Praise The Lord”; and the “Twila Paris Medley,” a tribute to one of Christian music’s seminal worship singer/songwriters. The project’s forthcoming single, “Put Your Hand In The Hand,” a rootsy, blues-infused cover of the 1970s pop-gospel classic, is slated to hit streaming platforms on September 30.

Selah – 25 Years
Since the release of their watershed debut, Be Still My Soul, Selah has become one of the most beloved groups in Christian music with more than 750 million streams and over 4 million albums sold. The trio’s genre-spanning renditions of cherished hymns and Inspirational classics, as well as their signature originals, have been beacons of hope and healing to listeners around the world for 25 years.

“There have been many highlights in our career so far, including performing at Carnegie Hall; singing at the U.S. Capitol and the Pentagon after September 11, 2001; making our debut on the Grand Ole Opry; and headlining the historic Ryman Auditorium,” says Selah’s Todd Smith. “However, the stories of how God has spoken to others through our music mean the most to us.”

“We received a letter from a lady recounting a dark moment when she felt she had nothing to live for and was on the verge of ending her life with a handful of pills,” Smith shares. “She cried out to God and said, ‘Jesus, if You are there and if You care, will You show me?’ Her clock-radio alarm suddenly switched on, tuned to a Christian radio station she’d never listened to. Our song ‘Press On’ was playing. ‘When the valley is deep/When the mountain is steep/When the body is weary…In Jesus’ name, we press on…We find the strength to press on.’ In that moment she put down the pills. I’m so grateful that God has used us in His story for the past 25 years.”

Selah’s iconic anthems include “You Raise Me Up,” “Press On,” “Wonderful, Merciful Savior” and the multi-week #1 hit, “You Amaze Us,” among numerous others. Comprised of Todd Smith, Allan Hall and Amy Perry, the group has garnered 11 Gospel Music Association Dove Awards—including seven Inspirational Album of the Year trophies—two Gold-certified albums, and eight #1 singles to date. 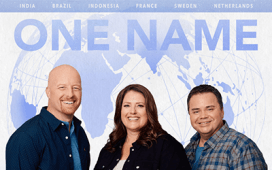 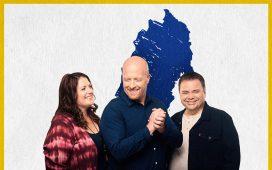