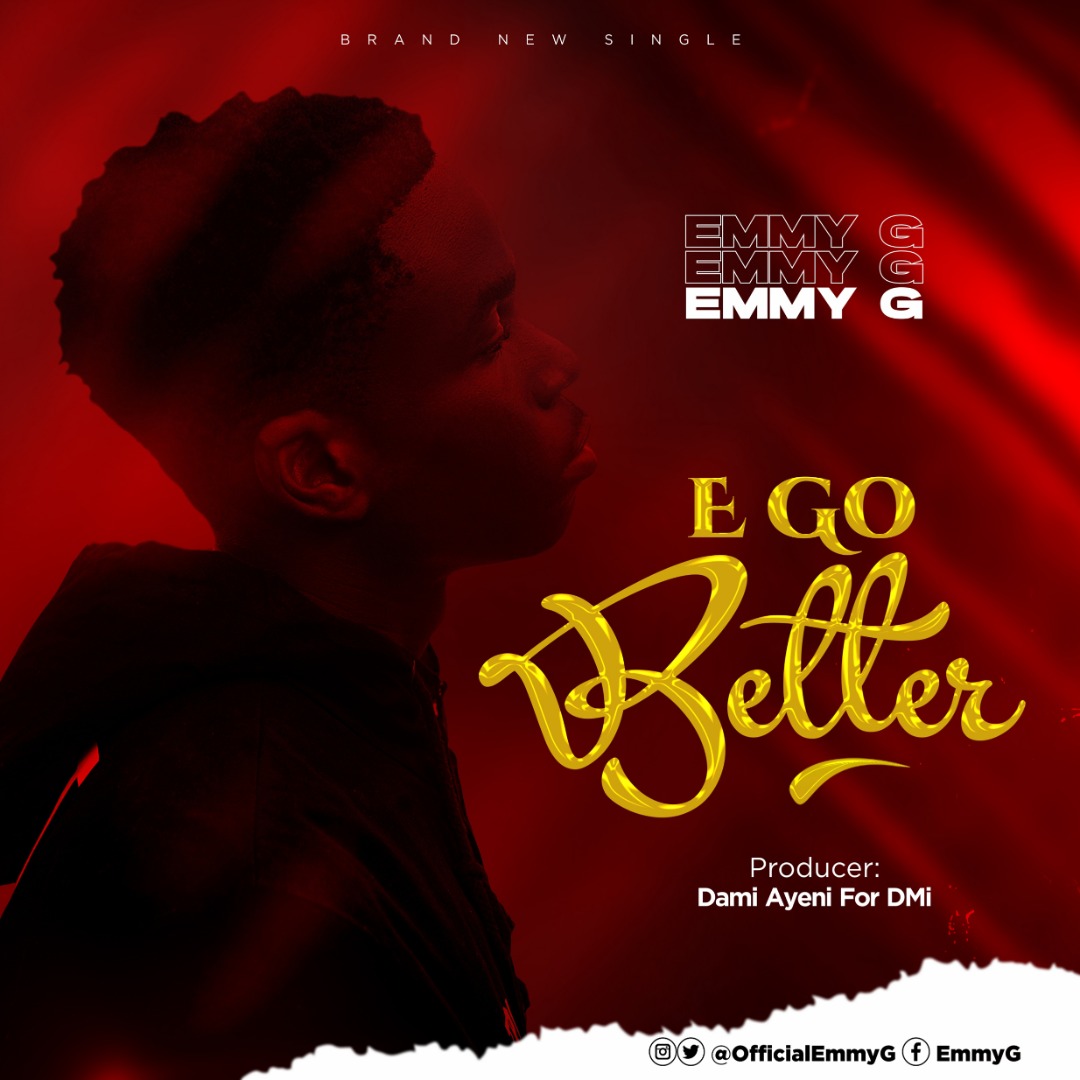 In his words: “I was inspired by reality… I’ve seen the tears of a grieving mother… I’ve seen children cry out of pain, I’ve watched a generation wiped out by guns. It’s sad to know that so many people in the world today see lesser reasons to exist as the day passes by, and that’s just tragic.

That’s why I wrote this song… a message of hope to the people. “E go better”… basically turning to God after a fall is the boldest step any man could make!”

“For I know the plans I have for you,” declares the LORD, “plans to prosper you and not to harm you, plans to give you hope and a future.” – Jeremiah 29:11

“E Go Better” was produced by Dami Ayeni for DMi.