After so much anticipation, the Energy EP by Greatman Takit is here. Describing the body of work as Afro Gospel, he said (Afropop Gospel) is a body of work that seeks to provoke, stir up, edifying as well as entertain the listener. At its core is the message of the gospel and how one must approach life about God and people generally. Musically, the Afropop genre is explored and perfectly used to communicate the message.

In 2020, he released a poignant song Sound of Rain which served as his re-emergence on the solo music terrain. The inspirational song, produced by Timothy Gyang, challenges Christians to stand up as the light and voice of God, to be the change men seek, and the solution to unanswered questions.

Considered a virtuoso by many, Nigerian singer, rapper, songwriter and music composer Greatman Takit is no stranger to the world of music and entertainment, learning to sing almost as soon as he could talk, and having been raised in church which is the first place where his extraordinary gift was recognized and given room to bloom. The years have come and gone, and like fine wine, he’s only gotten better. Masterfully, he combines his flair for words and melody, weaving stories into emotion-laden performances that captivate the hearts of audiences everywhere. His voice is priceless, and like everything else he does, he leaves you breathless with excitement, and always wanting more.

He is a former member of the dynamic, award-winning music group ‘The Gratitude’ and has performed with them in several venues across several countries, leaving lives changed everywhere he goes. Within that space, he further honed his already impressive catalogue of abilities, helping to shape and polish the group’s urban sound, and further cement his place as a musical hitman. Greatman can sing whatever he chooses however he pleases. There are no artistic limitations with him. From songwriting to music composition and arrangement to singing, rapping and spoken word poetry…he does it all with so much finesse, making it seem as easy as breathing.

Prior to his journey with The Gratitude, he was an independent artiste who worked with renowned Nigerian music producers like Jay Sleek, GospelOnDeBeatz, and Mystro. In 2016, he released a 9 track EP titled Wildfire, to rave reviews. Great man has shown himself to be the consummate musician and a force to be reckoned with, demonstrating fiery passion as a leading voice in music across the globe, and a paragon of excellence for young people everywhere. 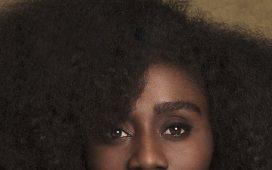 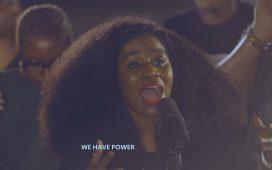