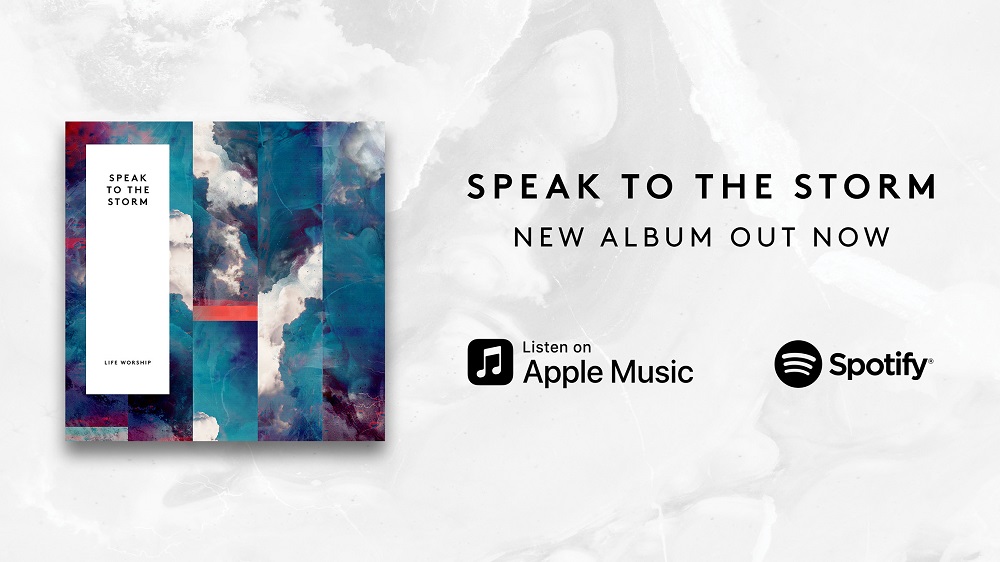 The 12-track album was penned by members of the LIFE Worship team, providing a musical snapshot of the teaching, spiritual formation and community found at LIFE, which is pastored by Steve and Charlotte Gambill.

Speak To The Storm takes its title and overarching theme from Mark 4:35-41 (“even the wind and the waves obey him”) says Pastor Charlotte Gambill: “We all have storms… the raging winds and waves that paralize us. Loud lies of lightning and thunder that cast us in the shadows of fear and uncertainty. But everyone also has a voice, and our words have power.”

Tracklist for Speak To The Storm, including featured vocalists, is:

Speak To The Storm is available all major Digital sales and Streaming platforms.