Every track on the deluxe LP draws inspiration from the album’s predecessor, ‘Kingdom Book One’ (released 6.17), which was recorded in a Florida prison yard, aiming to raise awareness around the plight of mass incarceration. The artists were deeply impacted by their experience at the facility and felt a new sense of being that empowered them to explore new creative sounds and worship – all of which are displayed in the music on ‘Kingdom Book One Deluxe.’

“These songs are a reflection of our work in the prison” says co-founder & CEO of Maverick City Tony Brown. “Being on tour and seeing the response of 10,000+ people each night has truly been such an inspirational experience.” 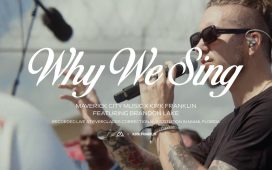