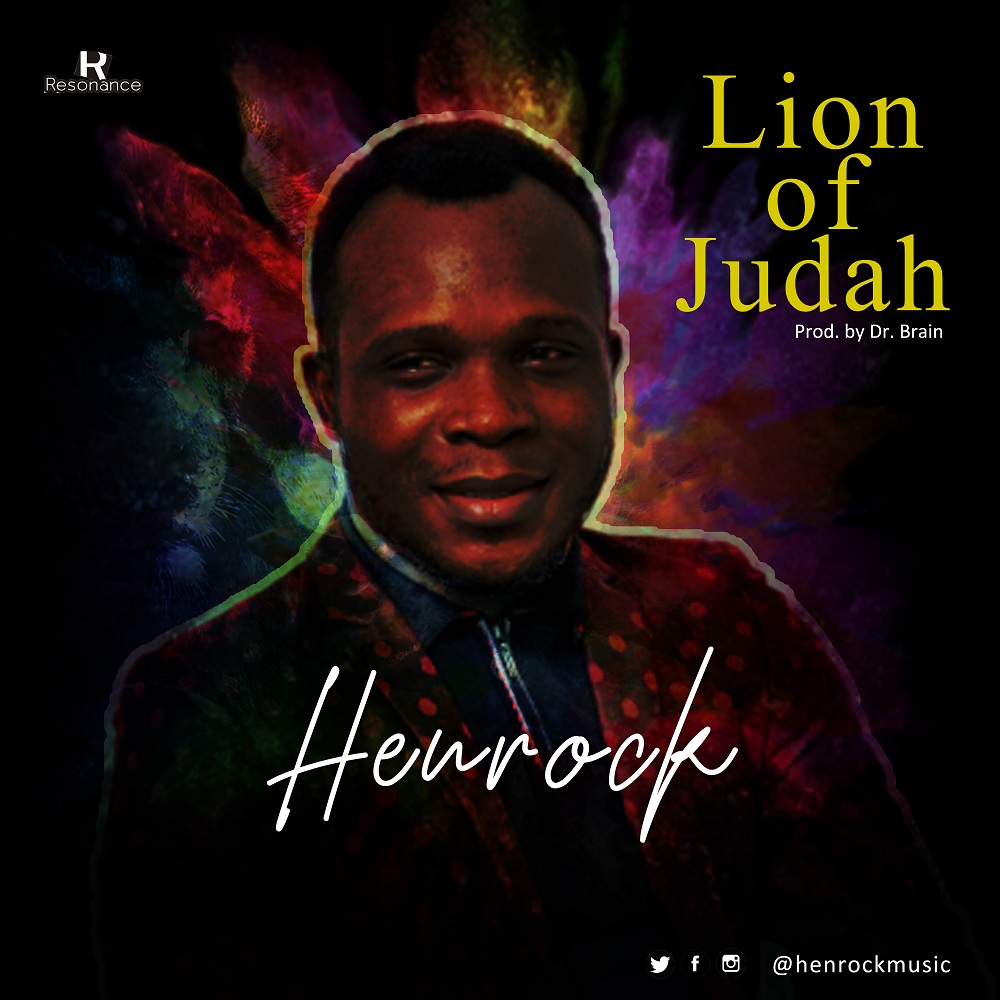 Upcoming gospel artist Henrock releases his debut single titled; ‘Lion of Judah. This song is both heartwarming and catchy with such simple lyrics that stay on your mind long after you have stopped listening. In this new release produced by Dr. Brain, The Port Harcourt based singer and worship leader pours out his heart as he sings, “Lion of Judah, King of glory, Agwunechemba, Who is like unto thee”.

This song is so refreshing, especially for such a time as this when we need the constant reminder that God rules in every realm. ‘Lion of Judah’ has such calming effect, a great backing vocal and most importantly it eulogizes God. The singer says that he seeks to express the beauty of God through worship and to strengthen the faith of his fellow believers.

“I’m so excited to share my first official music to the world. Lion of Judah was inspired by the amazing
awesomeness of God’s power, strength, abilities and tender mercies and love for all of His creation – an
uncommon mix indeed. Men may express power by dominance and oppression but our God expresses His power by loving us unconditionally. The song seeks to just adore Him and reiterate the fact that none can be compared to Him. I put my heart into this and I hope you like it!”

The contemporary worship sound with a fusion of afro is hinted to be a part of a project the new-on-the-
scene singer is working on. Possibly, there is a debut album in the works.