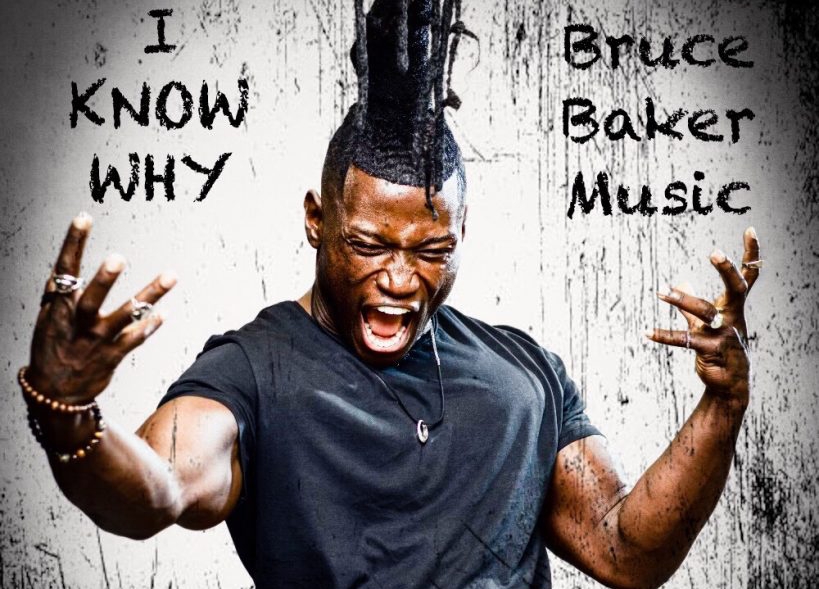 Bruce Baker, an international songwriter-singer, and composer who started singing at an early age release his latest single, “I Know Why,” which was written and produced by Bruce Baker Music.

competing in school talent shows and impressing audiences with his abilities at the young age of 12. Teaming up with some of the biggest names in the Christian/Gospel music industry as a songwriter and composer, he felt led by the Spirit of God to release his testimony to the world through music.

He later established a music career in the forefront with his debut single “I Am Your Healer.” In total transparency about his 10-year Heroin and Cocaine addiction, his battle with eating disorders and dealing with both of his parents being diagnosed with cancer, “I Am Your Healer” reveals how the healing power of God changed their lives forever. In response to a song that has impacted the hearts of many all over the world, there is a demand for Bruce Baker to share how he has been healed of the sufferings of his past.

Bruce has taken a step out in faith by releasing this new single, “I Know Why,” staying true to the rock and roll spirit that God put in his heart. Bruce said, “God filled me with His fire to set the world on fire!”

Passionate about reaching the next generation of youth, Bruce has a desire to speak into their lives and proclaim the gospel! His hope is that anyone who listens to “I Know Why” will become a proclamation petitioner and a voice that will scream, “There is such a thing as freedom!” That freedom is the freedom to surf, skateboard and live a rambunctious, extreme life filled with exploration in The Holy Spirit.

Bruce Baker is open and enthusiastic about what the Lord has called him to do. He doesn’t view himself as a gospel, hip-hop artist but as a Rock n’ Roll Pastor who loves to worship the son of the Living God, Jesus Christ! While enjoying ministering throughout the world through the power of music, Bruce Baker began exploring other projects including a guidance program in Tampa, Florida that assists youth with tools, opportunities, wellness and counseling.