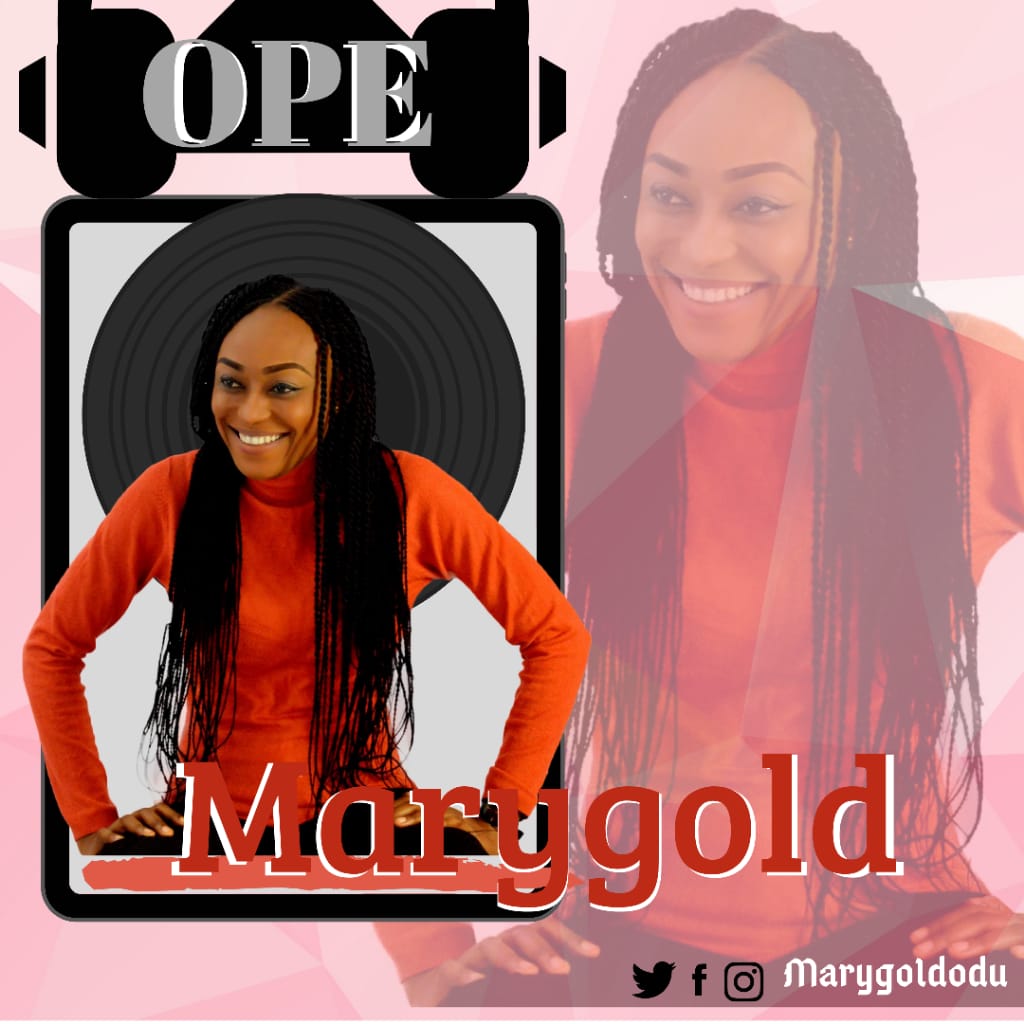 Super anointed and multi-resourceful gospel music minister Marygold” is hosting a praise party and she invites everyone to the dance floor on the account of her new single” OPE’ (thanks).

In her words; ”everyone alive has a reason to thank God and I have rendered my thanks to God in a song!”
This powerful song of praise, rendered in the Yoruba dialect of western Nigeria is a dance to endless testimonies. AMEN!

MARYGOLD ODU who is fondly referred to by her fans as “the Praise-Marshall” is a very beautiful soul.
Marygold who started singing at a very tender age and has been very consistent ever since.
The anointed Praise power-house who hails from Imo State, Nigeria dropped her debut album “OBA IYE” in 2017
and followed up by her hit single “HALLELUYAH” which was a great blessing to countless number of souls.