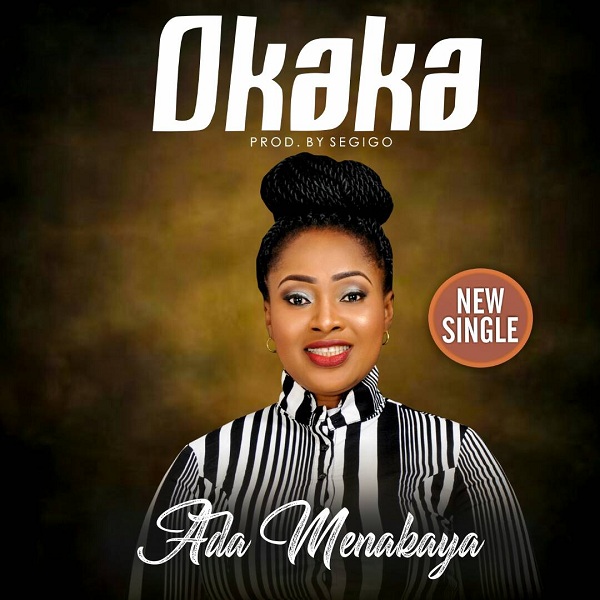 Gospel music minister, singer, worshiper, lover of God, song writer. She is voice to watch out for in this time and Age. Ada Menakaya, released a new single titled “Okaka”. This song is a great inspirational tune that describes about the faithfulness and the supremacy of God. Okaka is produced Segigo.

Ada releases this song Okaka to affirm the goodness and mightiness of God.

Ada Menakaya was born in the south-eastern part of Nigeria to the popular Menakaya Dynasty of Umunya in Anambra State.

Ada has been thrilling audiences and ministering to congregations for over two decades; her music journey started in her preteens when she joined New Covenant Family Choir,the campus fellowship of Dominion City, University of Nigeria, Nsukka, even though she was a junior secondary school student at that time. During her teen and young adult years, she sang on the Praise and Worship teams of several churches and events while becoming recognized as a local singer in Enugu area.

In early 2016 Ada hit the studio in a bid to release an album, and in September she released her first single “Onye Uwa Oma” to public acclaim. The song suddenly went on high rotation on radio stations around the country, earning her spots on major concerts across the country including churches. Ever since she has released 3 more singles in anticipation of her debut album and concert tagged “Beyond Limits”.