Music: Eghosa Morgan – Have Your Way 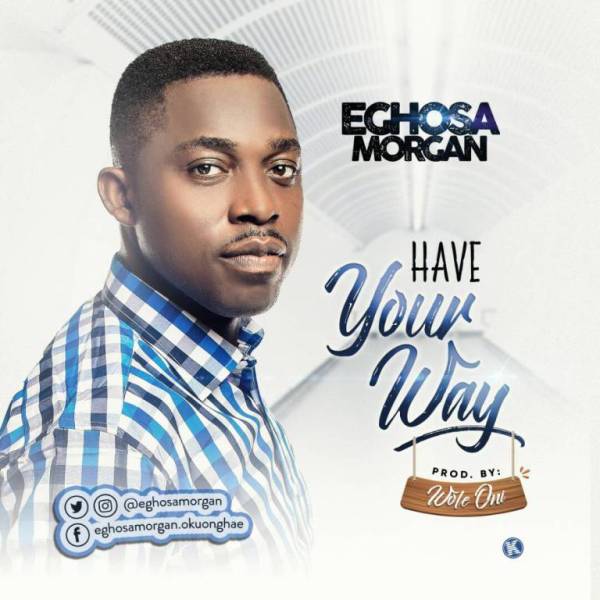 Eghosa Morgan returns with the highly anticipated single ‘Have Your Way’, produced by Wole Oni from his forth coming album. Eghosa Morgan is a multi-talented musical artist who started his musical career at a young age. He is a Song writer, singer, multi-instrumentalist, and producer. In 1991 he was a member of a quartet known as Praise Creation (PEE- CEE) whose other members are Samsong, Sunnypraise, REV PEE (Peace).

The quartet were signed to Ivory Music Label, and they released their debut album in 1996 titled “Best of Life”. They have all moved on to further explore and expand their other career. He was the State Music Director for Nigeria Christian Corpers’   fellowship (NCCF) in his days as a corper serving with NTA Ibadan, Oyo state.

Eghosa Morgan released his debut CD in 2001, titled “Abundant life”. He functioned actively in various choir groups including the famous ‘Healing streams’ of Daystar Christian Centre. Eghosa Morgan marks his birthday on 11th of June with the release of the very much expected single ‘Have your way’ produced by renowned Wole Oni. This is a worship song; an inspiring song of total surrender to God.

Eghosa Morgan – Have Your Way