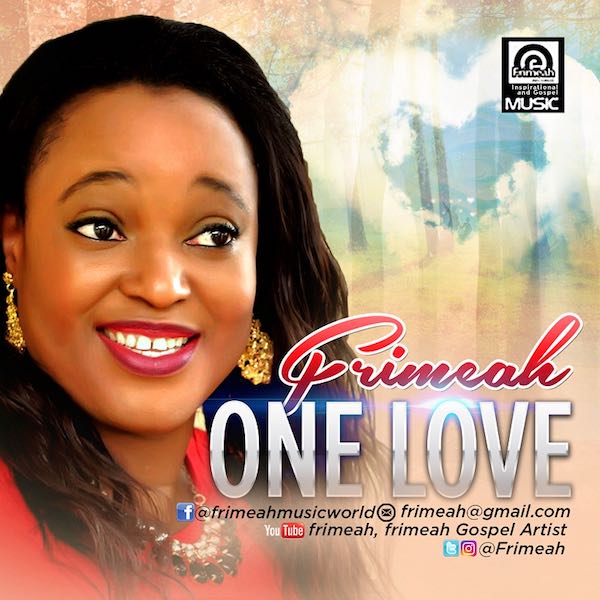 Popular Nigerian Singer, Frimeah, is out with her latest gospel single titled “One Love”. One Love is a call to all Nigerians: to stand as one, and make the nation a better place for all.

Frimeah’s first single, titled “Eagles Wings” produced and recorded at BoogieDown Studios, was released in August 2016. She started her music career at a tender age: in church choirs, organizing singing events & programs, even during her school days.
Her undying love for God, & her musical prowess has seen her grace the stage with various gospel ministers.

She is married & her home is blessed with kids. Her style of Contemporary Gospel & Inspirational music, is one which expresses her passion for humanity, & also, encourages all to “trust and believe in God”. All songs are composed & arranged by Frimeah.