Music: If Not For You – Jolashile Ft Tls Crew 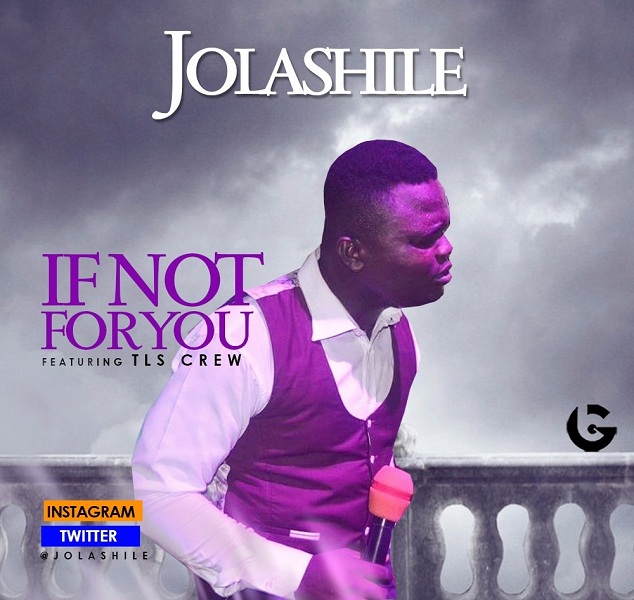 Sensational worship leader and recording artiste JOLASHILE announces His entrance into the Gospel Music scene by releasing his debut single titled ‘If not for you’ featuring The Living Sacrifice Crew.

The song which was produced by Oluwaseun David.

‘If not for you’ is a song that acknowledges God our maker and father.  If not for God where would we be? We’ve done nothing to deserve His grace and mercy or any other good thing from God, but He gives it anyway.

Okusanya Olashile popularly known as Jolashile by friends, fans and family is a native of ogun state, nigeria. Jolashile who is known for his love of music started his musical journey at a very tender age in church and latter grew to be the music director of his church (RCCG Dunni, Ago Iwoye.) and axis choir master while he was still on campus.

He’s a singer, songwriter and drummer driven by the passion to impact the world and spread the gospel of Jesus through his songs.

One of his major goals is to raise and be an inspiration to young artists who will join in the business of spreading the gospel across the globe via Music. He is the founder and leader of The Living Sacrifice Crew (TLS Crew) and have ministered alongside his team at concerts and weddings.