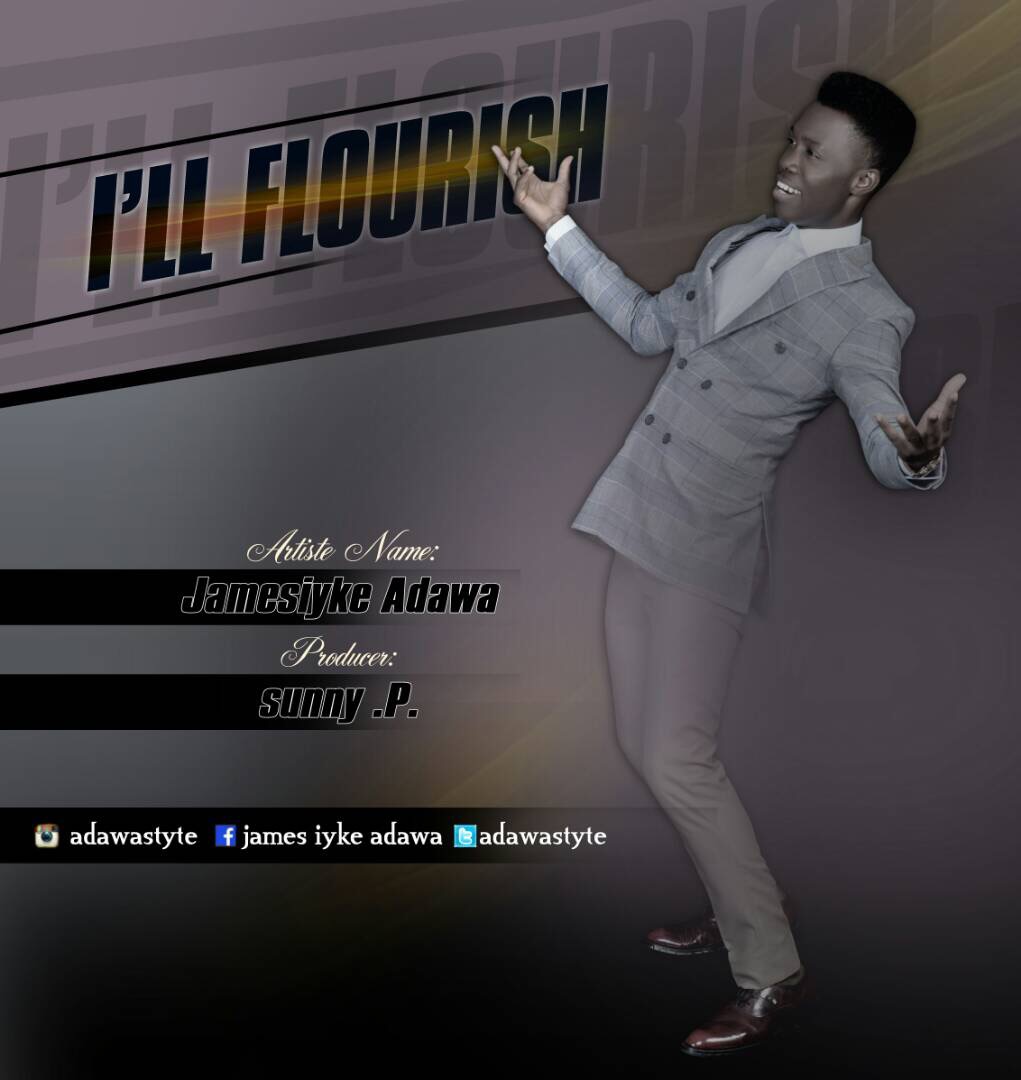 “I’LL FLOURISH” was inspired by the theme of this year’s prophetic declaration by Pastor Chris Oyakhilome (founder of Believer’s Loveworld Inc. aka Christ Embassy).

It was written and composed by the gospel artiste James Iyke Adawa and mastered by Sunny P.

This song promises to refresh and bless you as you listen.

Nothing gonna stop me,no one will slow me down,

He who kneels before God can stand before anyone,

Nothing gonna stop me,

I’ll flourish everyday of my life,

I am who God says I am,I’m blessed,

I am who I am, your approval is not needed,

It was love not nails that held Jesus on the cross

I will live for ever and this will be my song.

Everyday of my life

Everyday of our lives

Born into the family of Pastor and Mrs. David .C Adawa of Imo state Nigeria, JamesIyke Adawa is the 6th child of his parents and was raised in a devout Christian home. He joined the Children choir in church at the age of four (4) and at age twelve (12) joined the adult choir because he was so good in music.

Though music was more like his family lifestyle, but JamesIyke raised the bar. He discovered himself as well as a call in music ministry at his early twenties and everything about his life changed with it. In obedience to the voice of God, today he has composed and written many inspiring, blessed and life transforming songs. He is a vocalist.