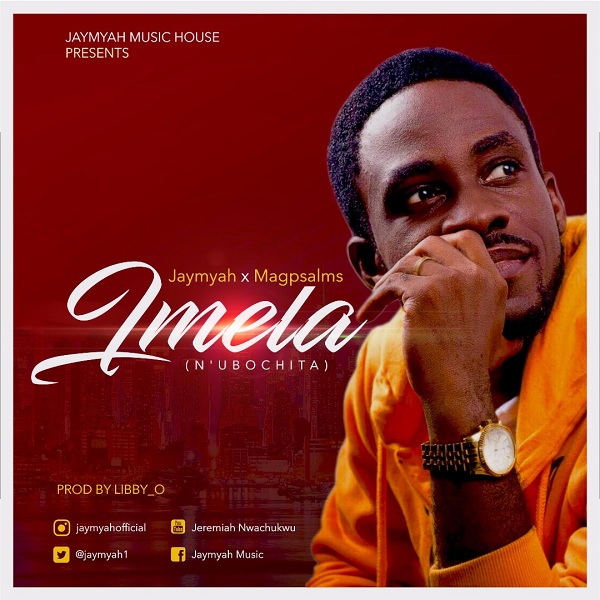 Dating back to the release of his debut album in 2014 and the catch up to the visual to his hit track ‘I Dey Hail Oh’ in 2016, the trail of this gospel dude has been like one crashed out of the scene for sometime now.

But right back to the base, the anointed Worship Leader Jaymyah is back with a fresh spontaneous masterpiece more than ever before as he is poised to rekindle hope and absolute faith in God.

Imela (N’ubochita) is an expression of God’s marvellous wonders for a fresh start, an everyday filled with victory. Get this song and say Thank You God for today!

This song is gonna move you into something exceptional come 2018, get it below!

Jeremiah Nwachukwu fondly called by his stage name Jaymyah is an indigene of Imo State, Nigeria.

His debut album was released in 2014 which had the hit track ‘I Dey Hail Oh”. He’s a happily married man and currently serves as a worship leader at Wonders of God Church, Lekki, Nigeria.