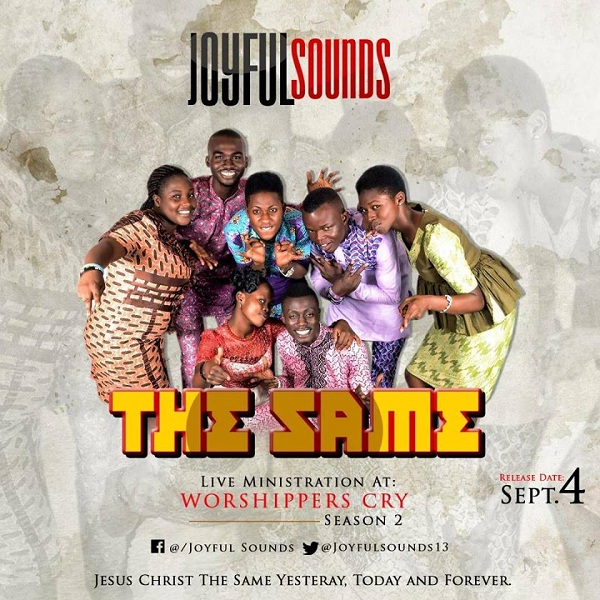 JoyFul Sounds has released new single title “THE SAME” which was premiered with a live presentation at Worshippers’ Cry 2017. This is a song that addresses the fact that God is the unchangeable Changer, the one who was, who is and who will forever be.

After the release of worshippers’ cry spoken word and the success of worshippers’ Cry 2017 Held on 4th of September 2017 at Foursquare Gospel Church Ita Ale, Ijebu Ode, Ogun State. The young and vibrant ministers named JOYFUL SOUNDS have decided to release her new single THE SAME .

Joyful Sounds is a Gospel group of young and talented individuals with a sense of calling to minister to people through different genres of music. Formed in August 2013 with 7 members, the group has written and composed several songs,ministered at different platforms and launched an album (MAGNIFICENT GOD) to the glory of God.

While the group and her members seek to minister to souls through music,they engage in activities such as writing songs, composing songs, recording, ministering at programs and seminars. They also engage in developing talented individuals and providing platforms for them to grow and be established