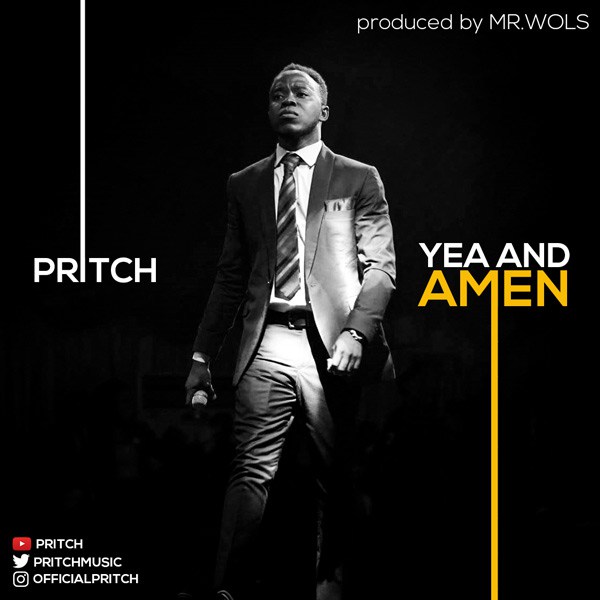 His debut single ODUN YI which was released in 2015 with Knight House, but he is back, Pritch is out with a new single titled “YEA AND AMEN”

“Yea and Amen” is a song that expresses the conclusiveness of God’s words as reflected in the book of 1st Corinthians 1:20. The song is set to lead worshipers to faith in God and believe in His words. Also, to change the dynamics to how Christians perceive the true word of God.

Presently he is the music director at Harvesters International Christian Center, he has shared stage and worked with artistes such as Frank Edwards, Segun Obe, The Vessels and more.

Yea and Amen was produced by Greenland Sound Factory by Mr. Wols