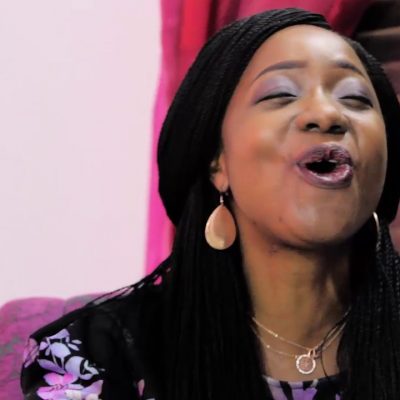 Abimbola Fola-Bolumole, the original composer/writer of the song ‘Kabi O Osi’ shares the real story and inspiration behind its birth.

Not new to churches across Africa and beyond is the highly acclaimed worship song, Kabi O Osi.  The evergreen worship anthem which can be said to be one of the most-sung songs in Africa, is still blessing lives and taking over worship sessions in churches across the continent.

Get inspired as you read below;

It has been 16 years and the song Kabi o osi is still trending and alive. I feel so humbled to be the one used by God to birth the song that even the heavens are singing.

I feel a burden to let people know the inspiration and revelation behind this song which did not come out of an intentional plan whatsoever. it’s really not about personal interest but a leading to be a blessing to someone, somewhere at this time.

It all began way back in year 2001 on LASU EPE CAMPUS while in the university, I was really overwhelmed!

Back then I received reports that I failed two core courses which I knew I didn’t deserve, as I had put in my best for it. I also knew failure of those courses meant a carry over which I was determined not to have.

I tried speaking to the lecturers concerned but all to no avail. I was so sure something had gone wrong with my scripts and I knew I had to talk to God about it.

I had a place I usually go to find solace, it was right at the chapel where I knew I could connect with God without any form of distraction. At this point in time, I needed to cry before God (#smiles, you cannot understand except you have been there).

So I went to the chapel to pour out my heart to God. There was a small inner room i usually go to but it wasn’t available, so I had to stay in the main chapel area just close enough to the altar. Luckily for me no one else was there.

I remember that day vividly like it was yesterday. I prayed, cried and poured out my heart to God. At some point, I lacked the words, and I couldn’t even pray anymore. Then God gave me an answer, not just for that season of my life but for the world. It came in form of a song.

I was excited! I kept singing it over and over again. I felt convinced that God had sorted it out and he sure did. That song reminded me of God’s power and strength and ability to change that situation and any other situation because I passed those courses (my scripts were remarked and scored).

I acknowledged He was God all by Himself and I trusted Him knowing how powerful He is. He has been the God of Heaven and the earth.

That day, I heard God say to me as I quieted myself:  “This song will go far and wide, it is a song heavens are singing, it will reach all nations of the earth”

I can never forget those lines from God; those words were more real to me than hearing Him  speak about what I was facing then. I just knew that if He could give me such a song then, He had my back in that situation.

Back then there were no smart phones to do a voice recording so I picked up my pen and wrote it down as those words from God stuck to my heart.

So here I was on a Sunday morning, as the Secretary of Army of Light Church RCCG with no knowledge of musical notes or chords, Yet knowing I had a powerful song, more like a word from God to His people.

So I taught the Chorus lines of the song to the church which consisted majorly of students (by the way the song has two verses) – the church held right on campus.

Trust me, that was the opening up of the song to the whole RCCG body, and even to the Redemption Camp and I dare to say to the world. Students went home on vacation and taught it in their home-based branches in every state and place, and the rest is what has become of the song. As it has even gone beyond the shores of Nigeria-  LASU Epe where it was birthed from.

Do I have any regrets?  Well, except that I had not personally put the song out as a Single track before it went everywhere, but I am most grateful to God that the song came and the world is singing it.

Also I am eternally thankful to God for finding me worthy to bring forth a great song like this. It’s still fresh and trending for the last 16 years.

I want to encourage everyone who is going through a major challenge that might even make them question the authority of God, that He is still the same God. If he took me from that lowly state and set my feet upon the Rock to stand, He will surely come through for you!

Glory be to the God of Heaven and the Earth!

Rev. Victor Adeyemi (Global Harvest Church) – I always wondered what spiritual wavelength Bimbo Bolumole was when she picked on what in my opinion must have been an Angelic chorus. Today, as I travel from nation to nation and I hear the song sang from race to race and creed to creed, my heart wonders at the inspiration of the Grace of God that breathed into Bimbo’s soul the blessed day she first sang ‘Kabi o osi ‘.

Efe Nathan – I have known this wonderful sis of mine for so many years and Yes she is a worshipper. Thank you for sharing your song that we have sang for years and will continue to sing. Well done my Sis. More grace!

​Abimbola Fola-Bolumole is the Founder/President of Woman With Child – a platform dedicated to encourage women to study, meditate and declare God’s word for Conception, pregnancy and delivery. It is her joy to see every woman enjoy a Positive, healthy and Joyful pregnancy. She also has a passion to see every woman achieve their God given purpose.

Abimbola is the writer/Composer of the highly acclaimed worship song Kabi O Osi.

She is happily married to Pastor Dele Fola-Bolumole and blessed with two beautiful girls.​