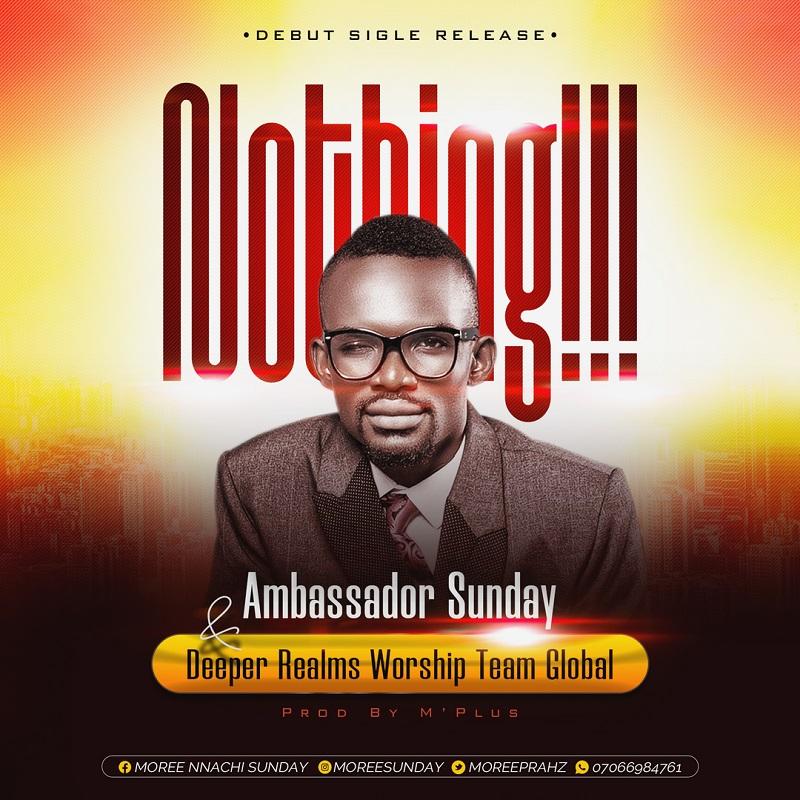 Ambassador Nnachi Sunday, a gospel artiste, singer-songwriter, and worship minister is a man that is generally known as someone greatly helped by God. He is a man of the young people, passion-driven and committed to seeing that every youth around him gets into a right relationship with God from an early age.

According to him: “This only is a piece of our hearts saying to God NOTHING can ever shake our love for you knowing that there is absolutely nothing you cannot do. Very soon your spirits will be in love with this sound as it promises to bless and replenish.”

The new single, Nothing is one of so many songs to be birthed from the loins of the one greatly helped by God.

As a lead worship minister he has been involved in a lot of movements, both within and outside the state. He is the founder and leader of a vibrant, young and amazing team known as Deeper Realms Worship Team Global whose aim is to reach out to champs as young as them and reconcile them back to Christ through unveiling the deeper realms of God in worship.