Residing in Melbourne, Australia, one of the most locked down cities in the world due to the pandemic, Planetshakers have not been able to meet as a church, and at some points, could not even travel more than a few miles from their homes or leave their house for more than an hour without special government permission. Nevertheless, during these unprecedented restrictions on life as they knew it, the church collectively felt God birth revival in their spirit, and what happened next was deemed nothing short of a miracle.

Stepping out in faith when government authorities opened up a window for limited gatherings, Pastor Russell Evans “pressed record” on what he saw God doing in the life of Planetshakers at its Bible College. While not the big production held in a massive arena that is generally expected from Planetshakers, the resulting Revival: Live At Chapel album was just as alive and celebratory, perhaps even more so due to the palpable joy of the students expressing worship together for the first time in months.

“These are songs for the church recorded with very little production, but with hearts that are hungry for the presence of God along with a few organic instruments,” shares Joth Hunt, who is featured on the recording along with Sam Evans, Andy Harrison, Josh Ham, Aimee Evans, Natalie Ruiz and Rudy Nikkerud.

Along with the audio produced and mixed by Hunt, all the new songs were captured on video live during the gathering and release simultaneously with the album today. The full Revival: Live At Chapel track listing follows: 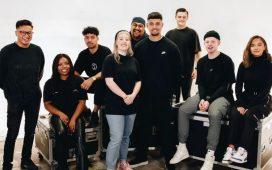 Download Planetshakers Radio Single “I Know You Can” Mp3 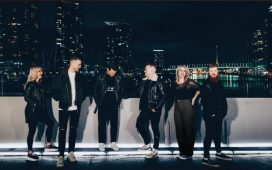