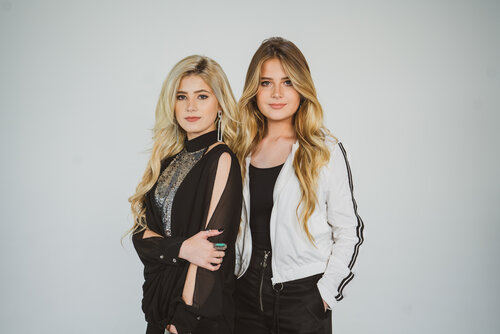 Christian pop duo RENEE released the official lyric video for “No Limit”, which can be viewed below. The track was originally released in April of this year. “No Limit” is available now at all major streaming and downloading platforms.

RENEE is made of sisters Riley Renee and Rachael Renee. They are currently based in Nashville, TN and working with multi Dove and Grammy-winning producer Tedd T (We Are Messengers, for KING & COUNTRY, Newboys, Britt Nicole, TobyMac) on their debut EP.