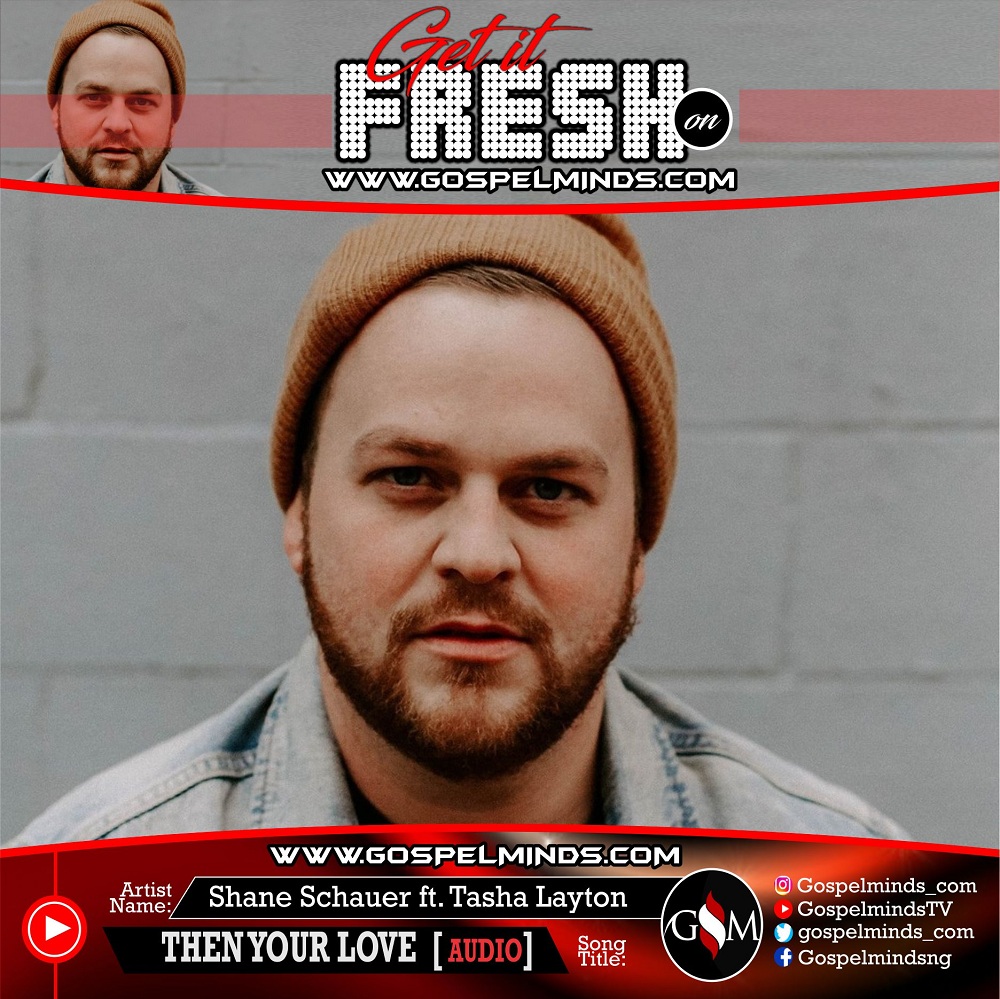 The son of a worship leader Shane Schauer has unveiled his new single, he titled “Then Your Love,” featuring songster Tasha Layton. Layton is a BEC Recordings (Tooth & Nail) recording artist who formerly toured the world as a background vocalist with pop superstar Katy Perry. “Then Your Love,” from Schauer’s album titled “It’s Not Over,” is being serviced to Christian INSPO and Christian AC radio.

“My prayer is that my music, and the EP, will lead listeners into a place of confession, hope, and worship with the end-goal of breaking down walls and allowing God to invade every part of our lives,” Schauer says. “It’s my desire that believers experience Christ through worship in a fresh, authentic, and biblical way, and I hope that passion shows through every part of my life.” – Shane.

Schauer, a singer/songwriter and worship leader from Fayetteville, Arkansas, assembled a stellar team for the new single. He wrote the song with Ethan Hulse and Keith Everette Smith, who also served as producer. Hulse is a Grammy Award-winning songwriter with “Old Church Choir,” “Stand in Your Love,” “Known,” and other popular songs to his credit. Smith, who has won multiple Grammy and Dove Awards, is a producer, songwriter and multi-instrumentalist and a member of TobyMac’s Diverse City Band. Layton, the guest vocalist on the project, can currently be heard on Christian radio with her single, “Sound of Heaven.”

Stream and sing alongside below