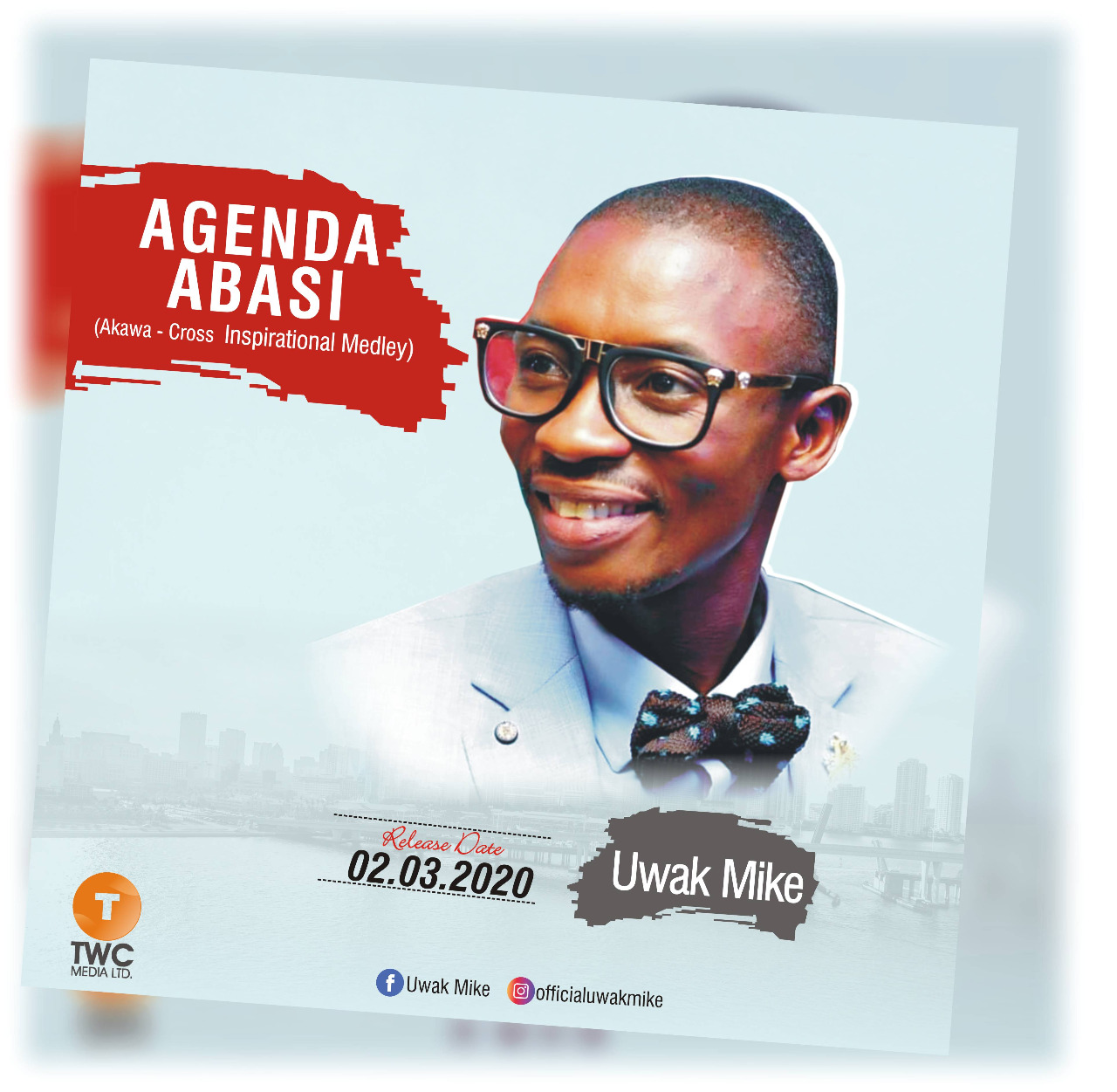 Uwak Mike, a prolific songwriter, performing and a recording artist is out with an inspiring gospel medley presented exclusively in a blend of Ibibio and Efik dialect, tiled ‘Agenda Abasi” (Agenda of God)

According to the singer, “The Medley” AGENDA ABASI is a compilation of three songs of Consolation and Hope received from heaven to encourage the downtrodden in a time like this.”
” I don’t just feel like singing in my dialect but I am convinced that there is a reason why I received those songs in my dialect and I have to deliver it as received according to the inspiration of God.
I pray to God for testimonies and breakthrough via the ministration of these songs.”

Uwak Mike is an Abuja based Akwa ibomite, who became a voice in the indigenous gospel music scene as a teenager in the year 2000. His debut, JUBILEE PRAISE became a song of deliverance to families till date. He is the Publisher of CLIMA Magazine and the Convener of most celebrated gospel awards, CLIMA Awards.

The song was produced by Kemmy Wonder.