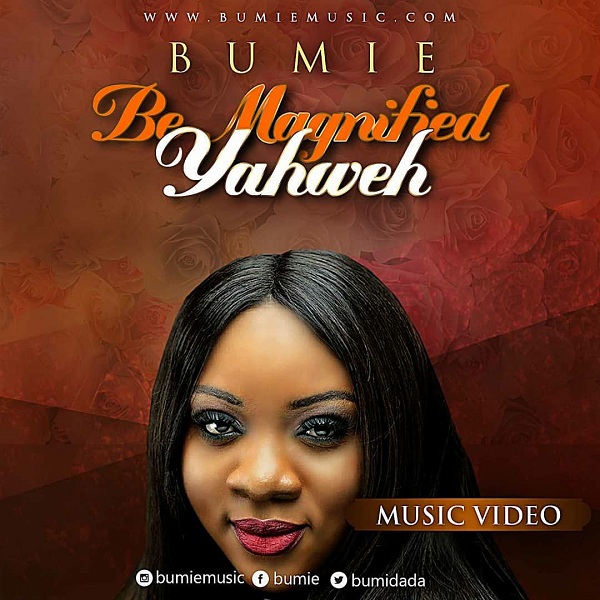 Nigerian Born US-based gospel minister, Bumie, drops awesome music video of her extremely popular and inspiring song titled Be Magnified Yahweh. Be Magnified Yahweh, is one of the tracks featured in her “My All” Album released in 2014.

Psalmist Bumie shares that “Early this year the Lord spoke to me telling me that HE is not yet finished with the song”.

“One would ordinarily think that a song released over 3 years ago should be forgotten, but here I was in the place of prayer and I had an express impression in my spirit to do a video of this song. God has been good to me and my family” – Bumie Dada Asuquo.

Be Magnified Yahweh is shot and directed by award winning director, Films By Roy.

You are permitted to Enjoy and don’t forget to share this video.