Favour was written one fine morning immediately I finished my devotion. I looked at my life and saw God’s hands all over me, working wonders in both my musical and secular life.

He started singing at age 16 with his team De ordained for many years. He went solo in 2010 with a hit single ‘Papa God’. He has had the opportunity to minister on the same stage with the likes of Samsong, Eben, Joe Praise and Frank Edwards.

The gospel artiste whose main genre is afro highlife beats has 2 albums in his kitty. The first album titled ‘Na You I Know’ was launched in Portharcourt in 2014 and this second album was launched in Kuwait titled “My Testimony” now out online and in local stores. This new album has hit song like ‘Favour’ with a video to it’s credit. 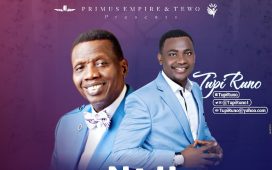