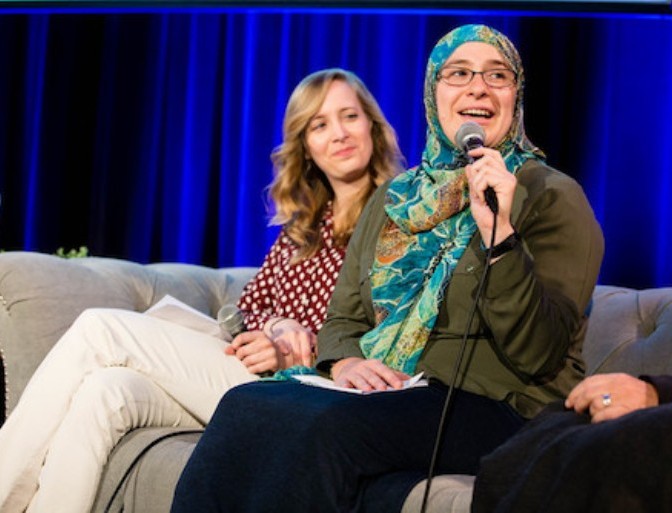 Fuller Theological Seminary received a new $50,000 grant from the Henry Luce Foundation to assist evangelical communities in fostering peaceful, respectful engagement with Muslims neighbors. Fuller is the largest multi-denominational seminary in the world.

Within the American context, both Islam as a religion, and its Muslim adherents, continue to garner a lion’s share of the public’s attention said Labberton.

Based on acts of violence, including public beheadings, declarations of hatred and attacks against Christians and Western states, conflicting representations of Islam and of Islam’s attitudes toward non- Muslims, the fires of Islamophobia burn-on daily, said Labberton. “Meanwhile, the vast majority of Muslim scholars have critiqued and rejected the rhetoric of militant Islam, underscoring their commitment to Islam as the way of peace in the name of and for the glory of Allah. But these declarations receive little attention in the Western press, garner little increased trust, and do not seem to affect common opinion, political rhetoric, or popular Western biases.”

“Given this religious backdrop, American evangelicals have tended to respond to Islam in a myriad of ways. On the one hand, some evangelicals have responded through expressions of fear and condemnation, a response that views Islam as terroristic, violent, and a threat to ‘Western values.’ This type of response tends to demonize Islam as a religion and Muslims as a people,” he said.

“Yet another reaction is confusion and paralysis; this is more difficult to categorize but its manifestations are easily recognizable. Subsequently, many evangelicals have opted for a posture of silence.”

Mouw said some of the most urgent and pressing questions among evangelicals remain dormant, or relegated to conversations with friends or following a board meeting with particular constituencies.

Labberton, Mouw and Fuller Theological Seminary faculty members have been actively engaged in Christian-Muslim dialogue for years, seeking to demonstrate openness, understanding and love. Since 2010, the Evangelical Interfaith Dialogue Journal has helped to connect Fuller Seminary to interfaith work of evangelicals around the world.

With this new funding from the Henry Luce Foundation, Fuller Seminary teams are working with Calvin Theological Seminary and the Lausanne Movement to assemble American evangelical leaders across a broad spectrum of perspectives, values and commitments to foster unity and solidarity in Christian approaches to engaging Muslims.

Specifically, a meeting of evangelical leaders is slated to be held at Calvin Theological Seminary this August. Deemed an “intra-evangelical” conversation, the meeting will address respective hopes, fears and questions about moving toward more positive, unified relationships with Muslims. Organizers of the meeting will emphasize identifying “actionable, theological resources to root interfaith engagement deeply within approaches to Christian discipleship across denominational lines.”

California-based Fuller Theological Seminary serves 4,000 students from 90 countries and 110 denominations, offering five programs fully in the Korean language and four in Spanish. The seminary’s 43,000 living alumni, the largest alumni base of any seminary, serve throughout the world as ministers, nonprofit organization and corporate leaders, therapists, counselors, teachers, and in other service and leadership vocations.