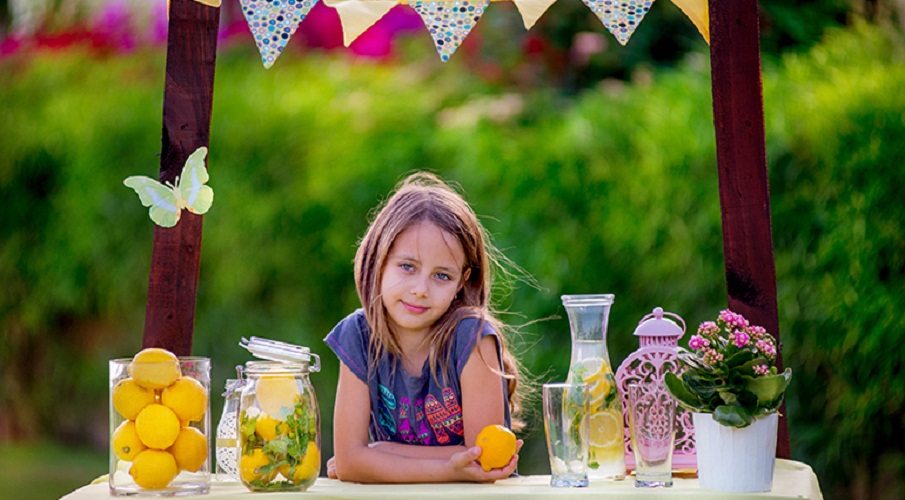 Scripture: Don’t let anyone think less of you because you are young. Be an example to all believers in what you say, in the way you live, in your love, your faith, and your purity (1 Timothy 4:12).

Age shouldn’t stop anyone from making a big impact. It certainly didn’t stop ten-year-old Mikaila Ulmer. Instead of putting up a lemonade stand, Mikaila opened a lemonade business. Her company BeeSweet Lemonade started with her grandmother’s recipe and led to her pitching a business plan on the popular TV program Shark Tank. Mikaila was granted a $60,000 investment and has also signed a contract to sell her lemonade in fifty-five stores of a major grocery chain.

Mikaila’s drive and dreams can point us back to Paul’s words to Timothy: “Don’t let anyone think less of you because you are young” (1 Timothy 4:12).

Timothy may have had concerns about people treating him with contempt because of his age and inexperience. He was probably in his thirties—considerably younger than many people in the congregation. Also, after previous time spent under Paul’s leadership, people may have been concerned that Timothy wasn’t mature enough to lead them. Would people ignore his teaching? He couldn’t control what people thought of him, but he could control how he responded to their concerns.

Instead of trying to prove himself by flashing his credentials or being a forceful leader, as the Holy Spirit led him he could reveal his spiritual maturity in how he used his words, loved others, demonstrated his faith, and lived a pure and blameless life (1 Timothy 4:12). No one could discredit him as leader in the church if he was “a worthy servant of Christ Jesus” (1 Timothy 4:6)—one who reflected His heart.

Regardless of our age, we can impact the world as Jesus leads and helps us. Let’s continually ask God to shape our lives with the gospel. Whether we’re seventeen or seventy, He can equip us to share it with others.