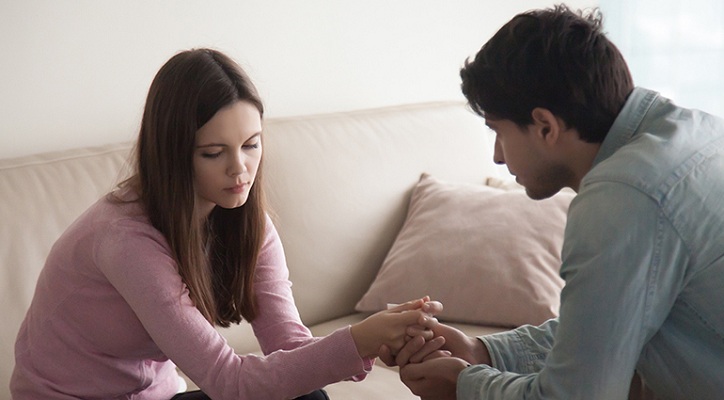 Scripture: I will go home to my father and say, “Father, I have sinned against both heaven and you, and I am no longer worthy of being called your son” (Luke 15:18-19).

I need to apologize most often to those to whom I’m closest—my family. They are the ones dearest to me but can also be the ones I’m most likely to hurt through my pride or selfishness. When this happens, I need to heed the promptings of the Holy Spirit to confess my wrongdoing, asking them and God to forgive me. Then I can be freed from the weight of my sin.

In one of the most familiar stories in the Bible, we see a son who hurt the one closest to him—his father. In an act that would have been deeply offensive in his culture, the son asked his father for his share of the inheritance (Luke 15:12). By making this request, he was in effect declaring that he wished his father were already dead.

The son then went off to a “distant land” and squandered the money in wild living (Luke 15:13). Finally, coming to his senses and realizing the error of his ways, he decided to go home and confess to his father that he’d been wrong (Luke 15:17). He repented in his mind and heart, and he followed up on this inner change with his actions. He didn’t stay stuck in the pigsty but returned home to tell his father he had sinned against him and God (Luke 15:18-19).

Perhaps this story resonates so deeply with us because of what came next. In an unthinkable action in that culture, the father ran toward his wayward son, embracing and restoring him to his rightful place as heir (Luke 15:20). The forgiving father wildly surpassed the son’s expectations, welcoming him back home with grace and love.

We may find it hard to let go of our pride and repent of our sins, but when we do, God forgives us, restores us, and showers us with His love. He not only welcomes us back home, but runs toward us, arms outstretched.