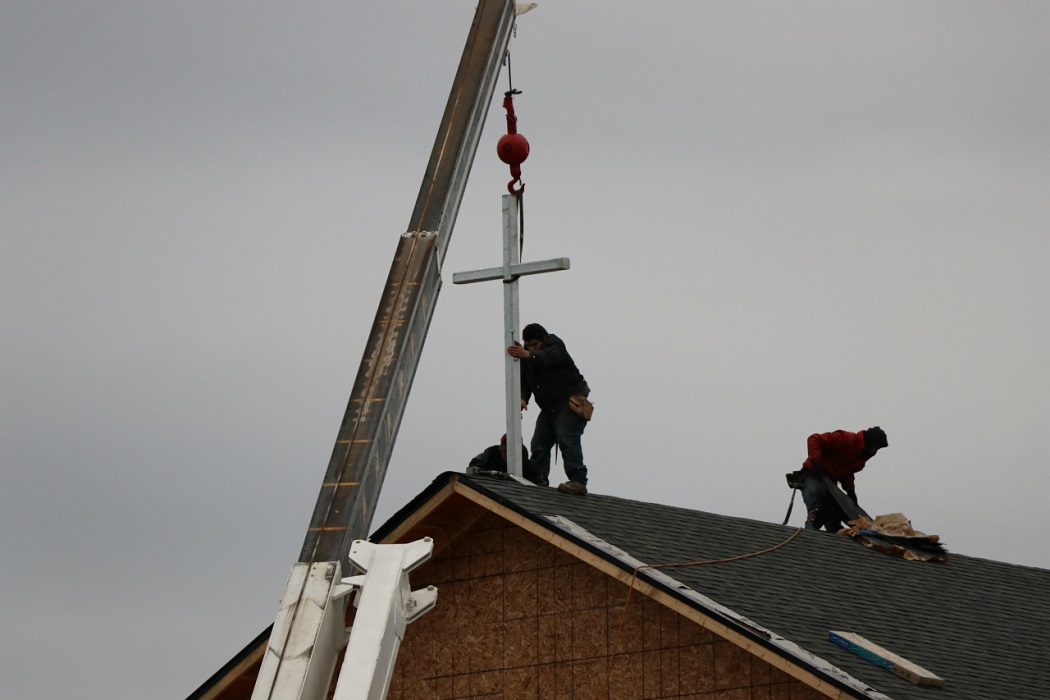 Thank God For The Cross

“Having canceled the charge of our legal indebtedness, which stood against us and condemned us; He has taken it away, nailing it to the cross.

And having disarmed the powers and authorities, He made a public spectacle of them, triumphing over them by the cross.”

Dearly beloved, I bring you greetings in the name that is above every other name, Jesus Christ the Son of the Living God and our soon coming King. Today, I wish you a happy resurrection morning, as we thank God for the gift of Jesus, even more so the price that He paid on the cross of Calvary for our redemption. Like I’ve always said, Jesus’ sacrifice on the cross was perfectly perfect, and completely complete, and His resurrection from the grave, put a seal on the devil’s defeat. This distinguishes the Christian faith, from any other faith.

Beloved, even as we celebrate Easter on this resurrection morning, I believe it is vitally important that we have an understanding of what Christ did, and what the victory He wrought on our behalf means to us. This is very vital, so that we do not miss out on the significance of His resurrection. Easter is not a religious exercise, but Jesus’ victory over death, grave, and whatever hell has to offer. From our text this morning, Apostle Paul writing to the church in Colosse, figuratively describes what Christ’s death accomplished for the believer.

Look at verse 14; “having CANCELED the charge of our LEGAL INDEBTEDNESS”, now what does that mean? The word “canceled”, translated from the original Greek language, also means to wipe out or wash. Metaphorically, this connotes a removal or obliteration of whatever used to be. By “our legal indebtedness”, this agrees totally with scripture, as stated in Romans 3:23 (KJV), “For all have sinned and come short of the glory of God”. Everyone single one of us, prior to receiving redemption through Christ, we were all legal slaves and captives of sin. We had the overbearing weight of sin and eternal condemnation hanging over our heads, which empowered the devil to table accusations against us before the Father.

But see what Apostle Paul is saying in light of these brief explanations that have been made; Christ through His death, has utterly destroyed every thing that gave the enemy a legal hold over your life. Child of God, by the reason of the price that He paid on the cross of Calvary, the enemy can no longer bring any accusation whatsoever against you before God. In fact, he has no case against you, and so you have been discharged, acquitted, the case is closed, and there’s no appeal! That tells you that you have total victory, hallelujah!

However, that’s not the end of it; the victory that Christ wrought for you as a believer did not stop with Him stripping the devil of the rights to waylay and harass you, He went further. Apostle Paul points this out in verse 15 of our text, and I particularly like the way the Message translation captures it.

“He stripped all the spiritual tyrants in the universe of their sham authority at the Cross, and marched them naked through the streets.”

Did you see that? The Bible calls them “spiritual tyrants”, having “sham authority”, and not just that, they were all disgraced publicly. In the old Roman tradition, whenever victory parades were conducted after the soldiers returned from war, their captives were dragged on the streets, naked and bound in chains to show complete dominance over their enemies. That is exactly what Christ did to the devil; He has shamed and disgraced the enemy!

Child of God what does that tell you? The enemy that you’re afraid of, is totally defeated, and is afraid of you. Jesus has won total victory for you, and there’s no more battle to fight. Rather, all that you need to do is to stand on the existing victory that Christ wrought for you, and enforce it. Enforce your victory over the devil in all areas of your life, your marriage, health, finances, business, family, and spiritual life. The devil plays on the ignorance of believers, and deceives them, this is why you must know and enforce what Christ has done for you. Stand your ground against the enemy in whatever shape or form he comes against you, and enforce your victory.

I declare over your life that you will win in all competitions of life. No devil will steal or truncate the plan of God for your life. The God of All Sufficiency will manifest Himself in your life. I bless you in Jesus name.

In His Royal Service,