The Dangerous Culprit – Our Daily Journey 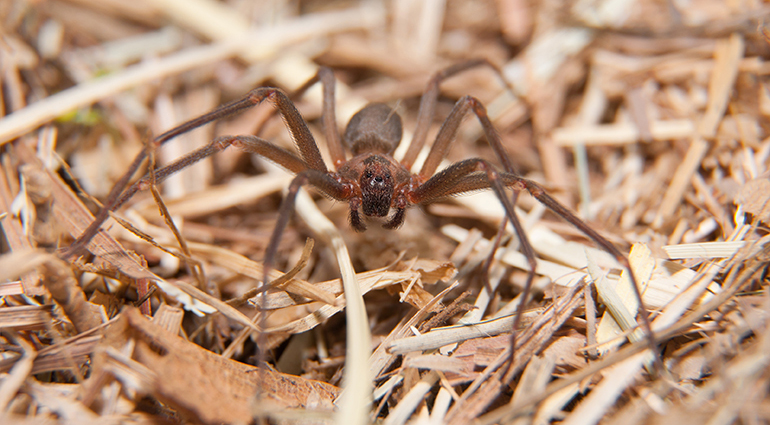 Scripture: So humble yourselves before God. Resist the devil, and he will flee from you (James 4:7).

After feeling a stinging sensation on my left leg, I discovered three tiny bite marks. I thought the culprit was some harmless insect and didn’t pay much attention to it. After a few days, however, the site of the bite turned deep red and was surrounded by a larger pink area. Within a week a blister formed, the skin hardened, and pain set in. I became concerned and decided to see a doctor. It turned out that the insect had been a poisonous spider—a brown recluse! To combat the effects, I was immediately given some strong antibiotics.

The painful and scary process of my wound getting worse and worse reminds me of the “sin that so easily trips us up” (Hebrews 12:1). At first, a small wrongdoing is just that, small. We might feel a sting to our conscience, but it’s not something we’ll pay much attention to. Very soon, however, a “small” wrongdoing can lead to an even larger one. And before we know it, we can find ourselves tripping over the same sin again and again.

The good news? There’s a way out. James’ prescription presents a pattern for us to follow. The people he was writing to had “evil desires” and were hurting others in order to satisfy those desires (James 4:1-2). Drawing from Old Testament Scriptures his readers were familiar with, James gave them a recipe for freedom: Humble yourselves before God, choose to resist the devil, adopt a pure and moral lifestyle, and repent of your wrongdoing (James 4:7-9)—all through God’s power.

Let’s seek freedom from sin as God empowers us. The Holy Spirit helps us identify our sin, resist temptation, and enjoy friendship with Him. As we do, God promises to extend grace, draw close to us, and “lift [us] up in honor” (James 4:10).