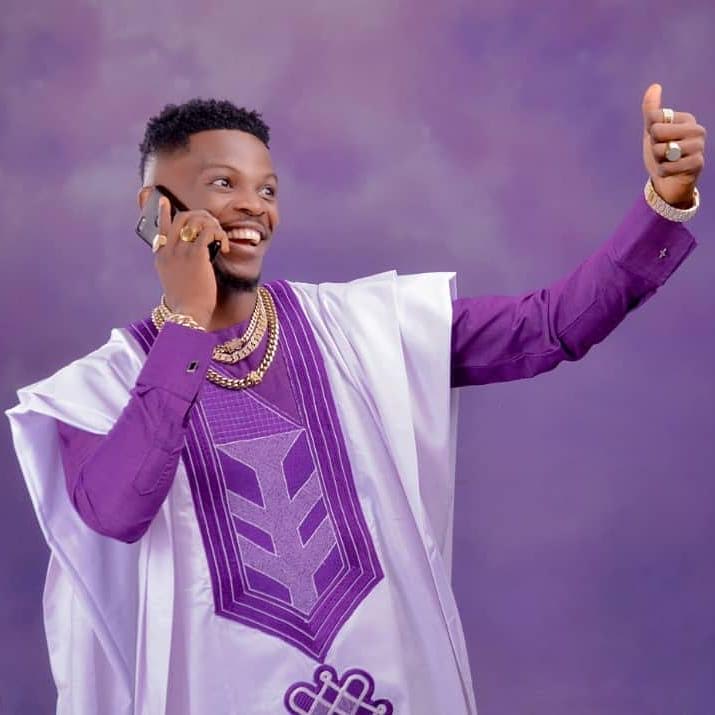 Saliu Aliyu Olaiwola, popularly known as Testimony, Mr. Jaga, is a gospel singer. His foray into gospel music began in 2012 after a brief stint with secular music. He is the pioneer of the Street Gospel Movement, a ministry that combines music and social welfare service as a tool for spreading the gospel to people in the streets of Lagos. In this chat with Newton-Ray Ukwuoma, he speaks about the impact of Pastor Chris Oyakhilome, the General Overseer of Christ Embassy Church, on his music career, among other things. Excerpts:

How would you describe life before going into gospel music?

It was full of frustration. I was first a secular musician, worked with Obesere, Skalimental, and some other musicians. I released a couple of singles and music videos at that time. I thought I was successful, but something happened in 2011 that turned my life full cycle.

I was arrested for something I didn’t do. A stolen car was found in the compound where I lived. When the police officers came, the people that stole the car were not around, so I was arrested. I was charged with car-snatching. I spent about four months in prison. While in prison, I promised God that if He saved me from being arraigned as a criminal that I will serve Him. The owner of the car was a big shot in the society. So we were told that some journalists were coming to interview the suspects, I was going to be paraded on national television also as a suspect.

But before that day, I was miraculously exonerated. The next day, all the suspects were published on the front pages of most of the newspapers in Lagos. But I was released. God saw me through. After I left prison, I did not stop doing secular music, because I didn’t know what to do. But I heard an instruction from God to go to church. On a fateful day, I was walking on a street when a sister approached me. She gave me a handbill inviting me to church.

Where you in a record label before going to prison?

Yes. DaSquad Record Label. I was under Dapiano, the guy that produced Gaga Shuffle by 2Baba. In fact, I had just shot a video, “I Dey Hail”. The video is now on Youtube. I shot the video with the same camera that was used to shoot Olamide’s Eni Duro and it was shot on the same set Wizkid’s Holla at Your Boy was shot.
After the prison experience, my property was taken from me. I lost everything I had. My record label dropped me. I wasn’t involved in secular music anymore. My manager left me as well. I got so frustrated that I joined a boxing team. I left music. I was training and fighting. So, accepting the sister’s invitation was difficult. I was attending one other church that I don’t want to mention here, but I wasn’t sure this church was the right one for me. Getting to church that day, there was an assurance that I was in the house of God. The pastor’s sermon was as though God had told him about me. I gave my life to Christ again. I had been going to church before, but this time I was really serious. Then, I was still performing in clubs. But after I gave my life to Christ, I got committed to the activities in the church.

How did you commence your gospel music career?

After I gave my life to Christ and was immersed in the church system, one day my pastor watched my video, a remix of “Odun loso pin-baba-rere”. It was everywhere. The interesting thing was my pastor did not stop me from doing secular songs, but he only advised me to do gospel songs. I started doing gospel songs. During that 2012, things were very difficult. My star was hidden. I was not welcome. Only my pastor saw the potential in me. Other people were looking at me because of the secular mentality I brought into gospel music. In a setting like Christ Embassy, it is English and English alone. I would always tell myself that if I do not have the voice of Frank Edward, Eben, and Sinach, I will use the one I have to praise God. I was just being myself. It was really tough standing out like that. In fact, people only invited me to perform when they wanted to laugh. People were laughing at my music, but I kept on doing it with all my heart.

Who encouraged you the most?

I want to thank God for my pastor, Pastor Chris Oyakhilome. He gave me a lot of encouragement and direction and our music director, Evangelist Katty, who is the younger sister of the pastor. At some point, I started staying with her. I left my home for her place. While I was with her, I was doing things for the church. Now I can say this if every leader and pastor has the mind of Pastor Chris Oyakhilome, I believe no gospel singer would have left the church for the world. Whether we like it or not, God gave us talent so that we can benefit from it. He gave us talents so that we can feed on it. So, as an artist, especially a gospel minister, if you don’t have money, you will be frustrated. It all falls back on our leaders. If you are a chorister in a church and you have a leader, what is their contribution? Today, the best six gospel ministers in Nigeria are from the same church. Do people know how the pastor did it?

Pastor Chris does not need musicians from outside to perform for him; he has invested in his choir. Today, all the top gospel musicians are from his church. I believe that if I was in another ministry, I wouldn’t have achieved what I achieved today. I would have been a regular gospel musician, but the pastor saw beyond my perceived abilities.

What has Pastor Chris done that you would like most pastors to do?

I am not saying pastors are not doing well. I am not in their ministry. But the pastor encourages us, he gives us the platform. As an artist, when you have a platform, you have almost all you need. There was a time in my life I wanted to travel to Cuba to face my boxing career: for you to know how bad it was. But that same 2015, I had the opportunity to minister on the pastor’s stage. That same year, I had the opportunity to travel to South Africa, all expenses paid. I shot ‘Igara’ video there. That kind of man moved us artistes to South Africa just for a two-day program.

And if you do well, there was an award for you. Best Song of the Year winner gets 100,000 dollars; Best Artiste of the Year winner gets 50,000 dollars, people get 25,000 dollars within the ministry. Secular award don’t give that kind of money to artistes. Mention any award organization in Nigeria and abroad that gives you the kind of money that gospel artistes in Christ Embassy receive? If a man can appreciate music that way, what are we doing? Whether you like it or not, the pastor has been able to create the mindset that it is only in Christ Embassy people where people can succeed.

I was singing one day and my pastor gave me N5 million naira. Another day, he looked at me and put me on salary. How will I be thinking of going back to secular music when I am already okay here? Today, I have an empire. I have a lot of things I am doing. I produce my own sound equipment, TMJ (Testimony Mr Jaga audio), I have TMJ wears, I have TMJ gas and I have two studios from one man, who blessed my life because through him I am able to express myself. A lot of things are happening in my life because a man decided to invest in a boy like me from the streets.

You are known as a street gospel artiste otherwise known as the gospel fuji. What is your motivation for that kind of music?

I feel like to whom much is given, much is expected. I was given an opportunity from the streets;’ from the street I was given another opportunity in the house of God. Pastor Chris gave me an opportunity to minister on his platform as a street boy. And if truly I am a gospel minister, where am I supposed to go back to share the good news? The streets. I am saying, “Hello, people, come and see what God has done for me. You too can join me”. That is my mindset and I promised God that if I can make it, I will go back from where I come from to tell everyone there. My songs are for the people in the streets.

In some of your outreaches, do people drink?

Yes, and they smoke.
As a gospel singer, how does that affect your ministration?
They are in their hood. You can’t tell them to stop it. But your song and the word of God will stop them.

You sometimes buy them alcohol. Is that correct?

How many people have you won through this process?

Each time we go out the least souls we win are about 60 to 70 people.

How many years have you been doing this street gospel movement?

Guess what? We just started last year. Today, it is like we started like four years ago. The response is massive. Our next project is Every Space for Christ. We have another one, Radical Praise in Your Hood. We are trying to encourage even CEOs of companies, captains of industries who want to give back to the street they come from to partner with us. We will provide you with the right ambiance (crowd) and platform. You will speak to your people; tell them how they can aspire to become something as you have. Street Gospel is not about music, it is a movement.

Olamide is known as King of the Street in the secular environment. Are you the king of the street in the gospel sector?
(Laughs) I have known Olamide for a long time now. We are not competing. If anything, my motivation is to get as many people as possible into the kingdom of God. People love what I am doing. It is not a competition. People have been waiting for it. Go to my Instagram page, people say things like, “Thank God someone has given us a reason to dance shaku shaku in church”. This means they need it.

Which state are you from?

Ogun State, from Remo North. I schooled in Ibadan and lived most of my life in Lagos. I was raised as a Muslim. My father is an Alhaji and my mother was an Alhaja. In a family of 27 kids, I was the 22nd. I became born again from school. I was staying with my headmistress and she was a Christian. In the hostel then, Redeem people come there. When I fell in love with music, I (Testimony Jaga) gave my life to Christ. 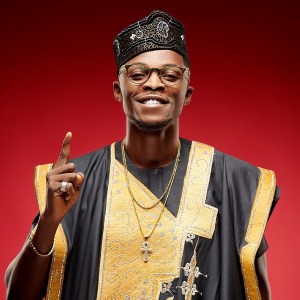 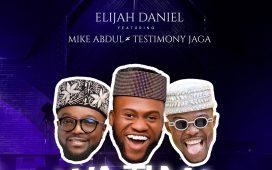