Gospel Songs Mp3 > Audio Music > Adabecks – Baba You Too Much

Adabecks – Baba You Too Much 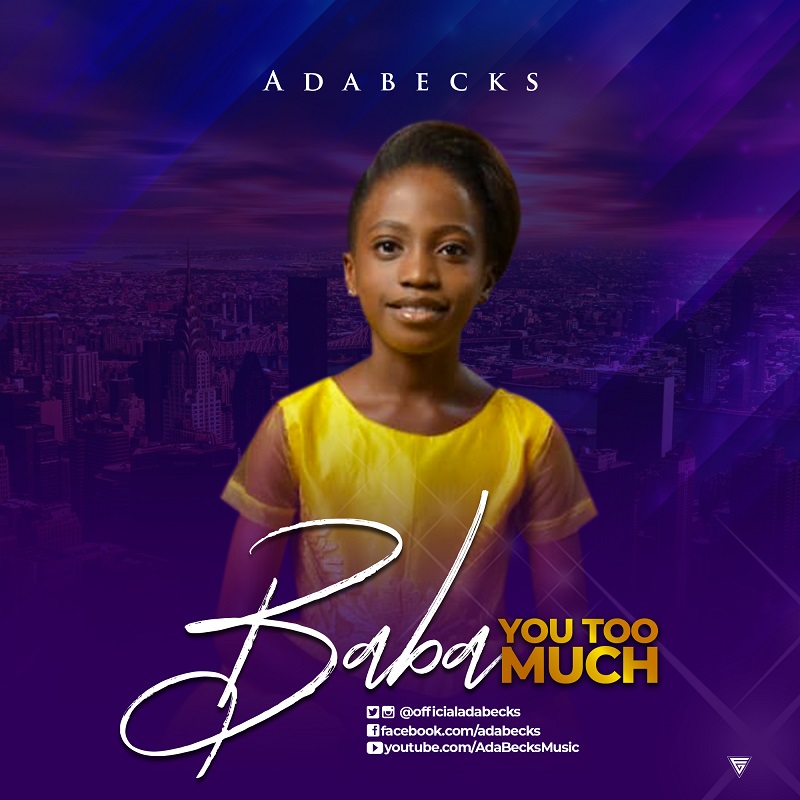 Gifted gospel artist, AdaBecks returns with a follow up single ‘Baba You Too Much’ to her previously released song “Follow Me”.

AdaBecks is a 9 years old talented child whose singing potentials was discovered early by her parents at an early age of 3.

There has been great improvement in her singing. Since the release of her debut, she has influenced a lot of children across the globe with her music and drawn adults closer to Christ.

Her new single ‘Baba You Too Much’ will usher in her debut album “Dependable God”.

The new single expresses her gratitude to God for the uncountable blessings.