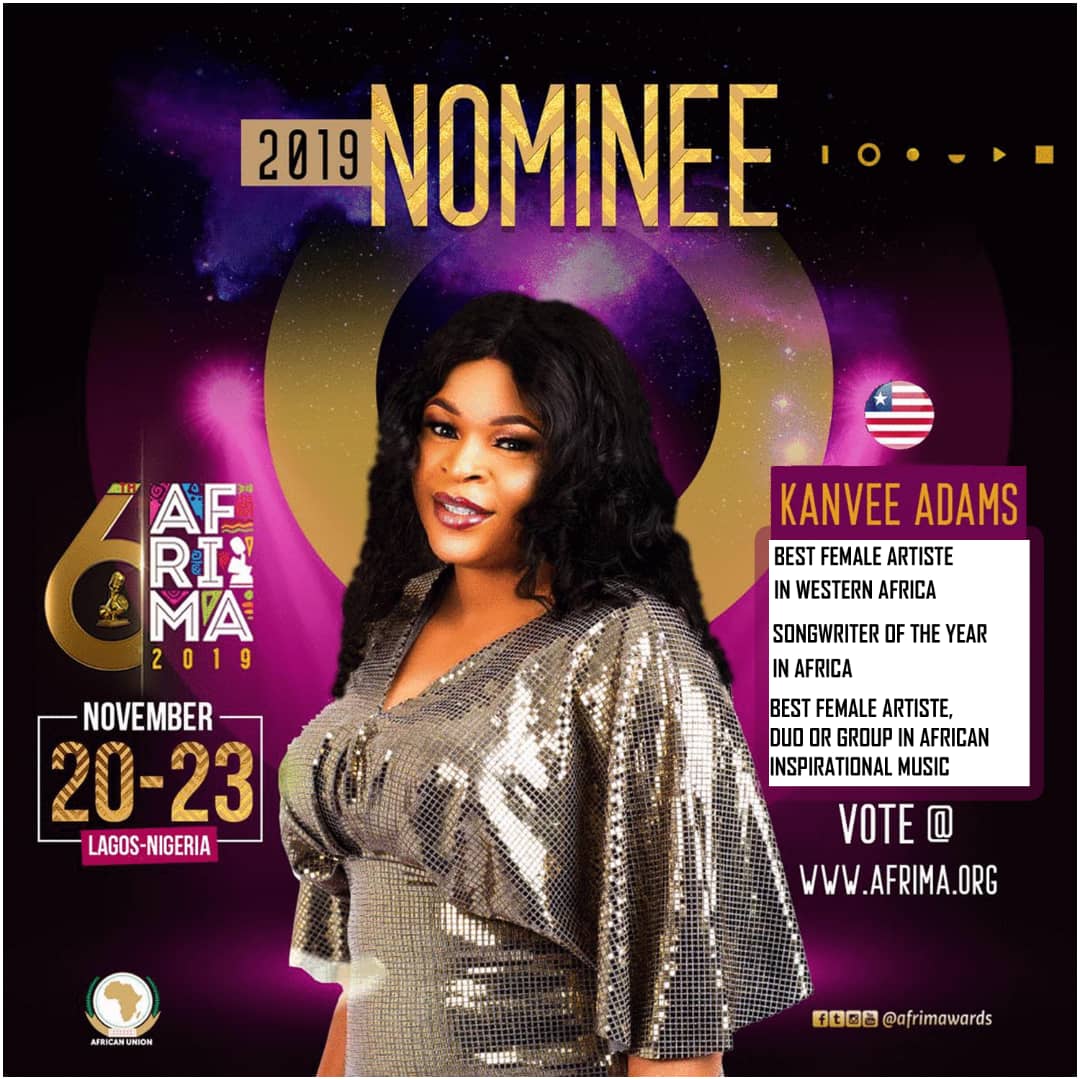 VOTE Kanvee Adams – Song Writer Of The Year In Africa

When you have only one gospel artist nominated along with several heavy weight secular artistes, whom do you vote for? Are we going to allow the gospel loose again?

2019 has been an amazing year for music ministry and for our gospel music industry, because one of our very own, in the person of KANVEE ADAMS, has been nominated severally at the AFRIMA Awards, a reputable All Africa music awards platform, for her exceptional works in her latest album titled ‘HOSANNA’.

A multiple award winning artist, and a veteran of 16 gospel music albums, Kanvee Adams has been rightly recognized by nominations in the following categories below, and voting for her is still open in all categories via www.afrima.org:

Hit songs from the new HOSANNA album, such as ‘MAMA’, ‘DAILY PRAYER’, CARRY MY LOAD, and ‘HOSANNA’ are already being played on all major media platforms nationally and across the globe.

To the few who don’t know of this accomplished music minister called Kanvee Adams, I welcome you to download her amazing body of audio works, and watch her incredibly inspiring music videos recently released.

Kanvee Adams – Song Writer Of The Year In Africa 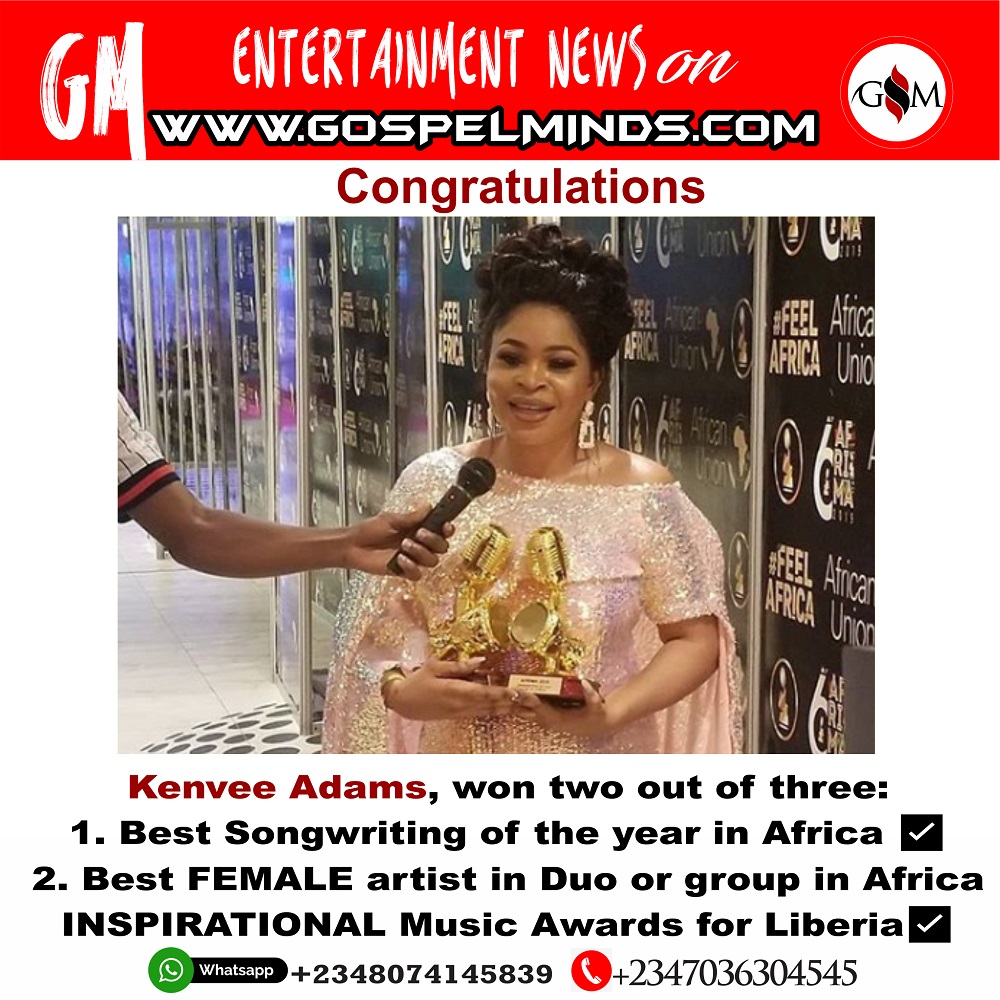 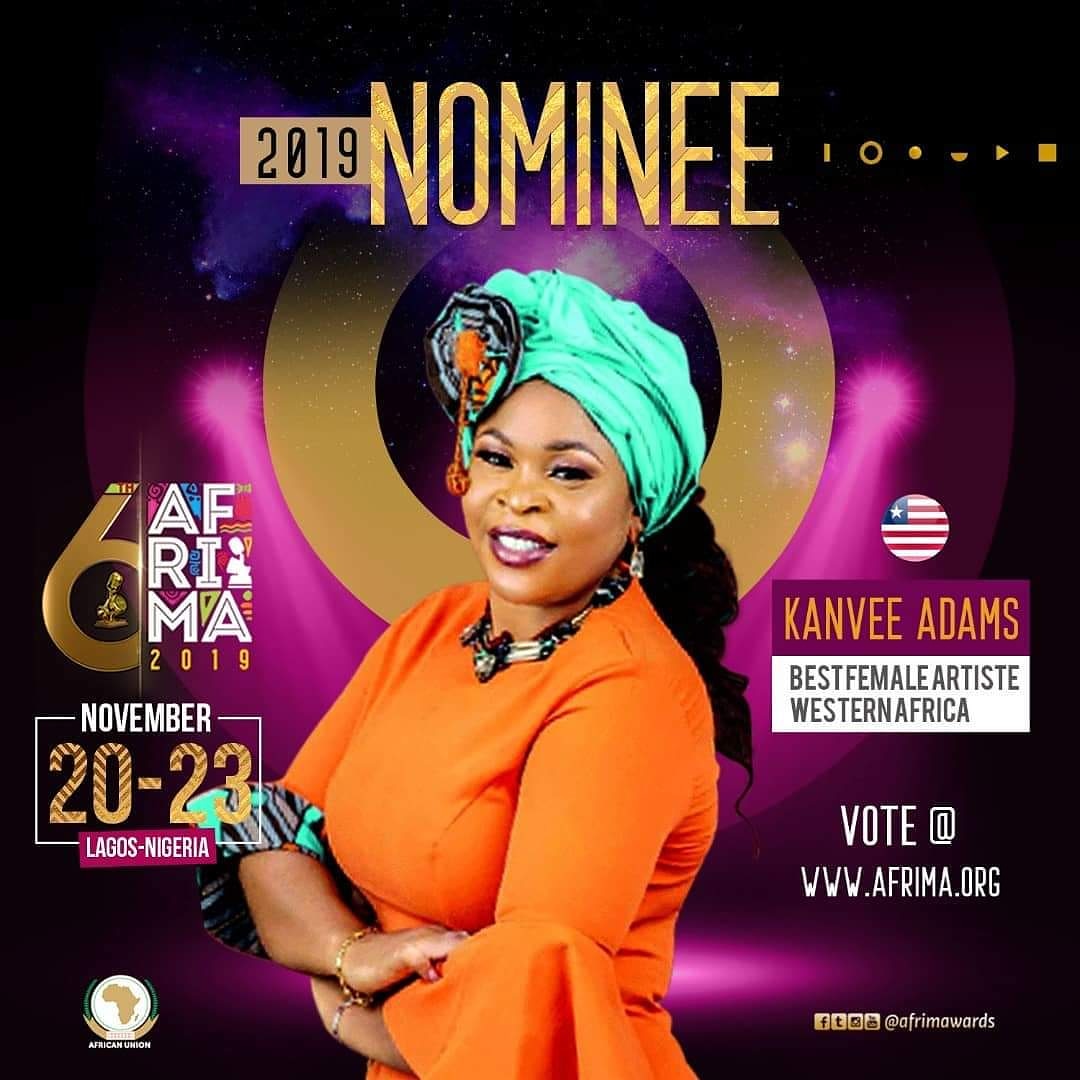 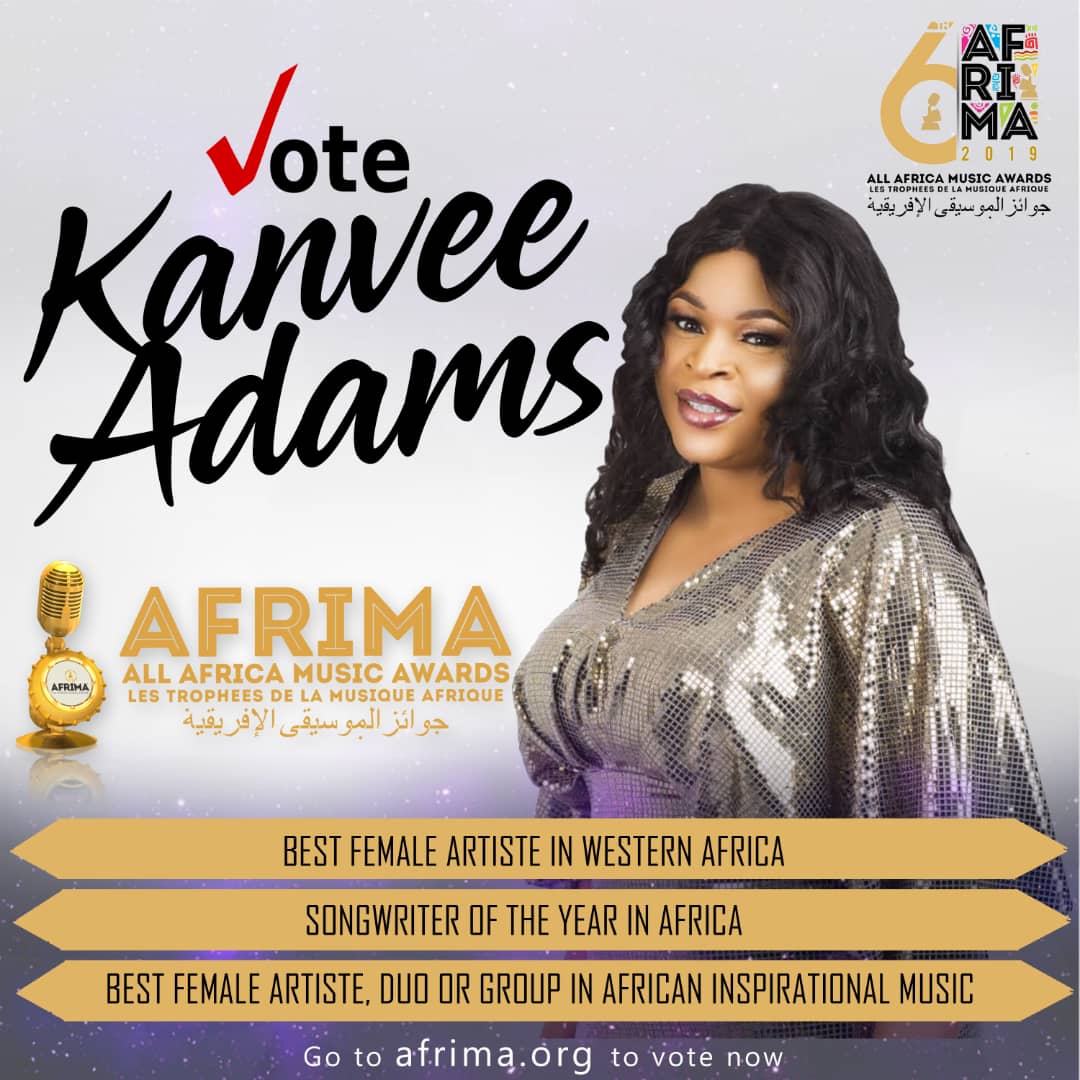 Kanvee Adams Inspirational Artist has been Nominated for 3 Afrima Awards