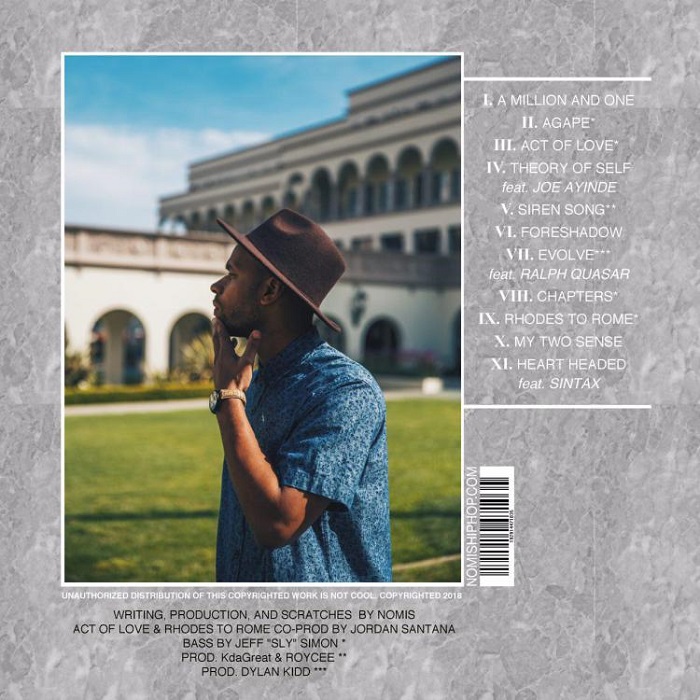 Rhodes to Rome is produced almost entirely by Nomis himself and features New York native Joe Ayinde, Deepspace5 Co-founder Sintax the Terrific, and fellow North Country San Diego resident Ralph Quasar. The feel of this album consistently errors on the side of, “VIBE”. A tranquil atmosphere that is led by the repeated use of the classic Fender Rhodes Keyboard is spread throughout the entire album.