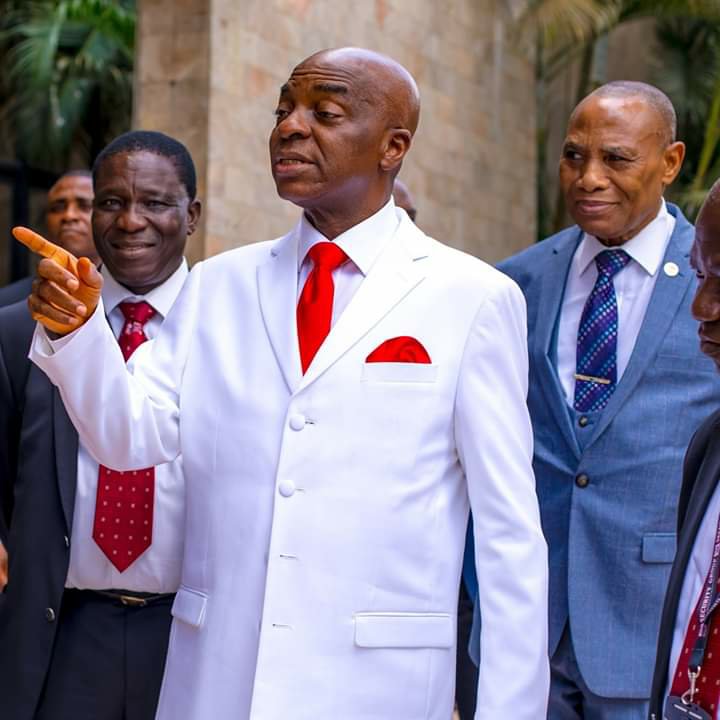 The recent road repairs currently being undertaken will cost the Living Faith Church a whooping sum of N650 million naira (about $2 million).

The roads which cover the old toll gate bordering Lagos and Ogun States as well as stretches of the Idi-Iroko expressway from Oju Ore to Iyana Iyesi as well as Sango itself began to undergo repairs as executed by the Church recently. 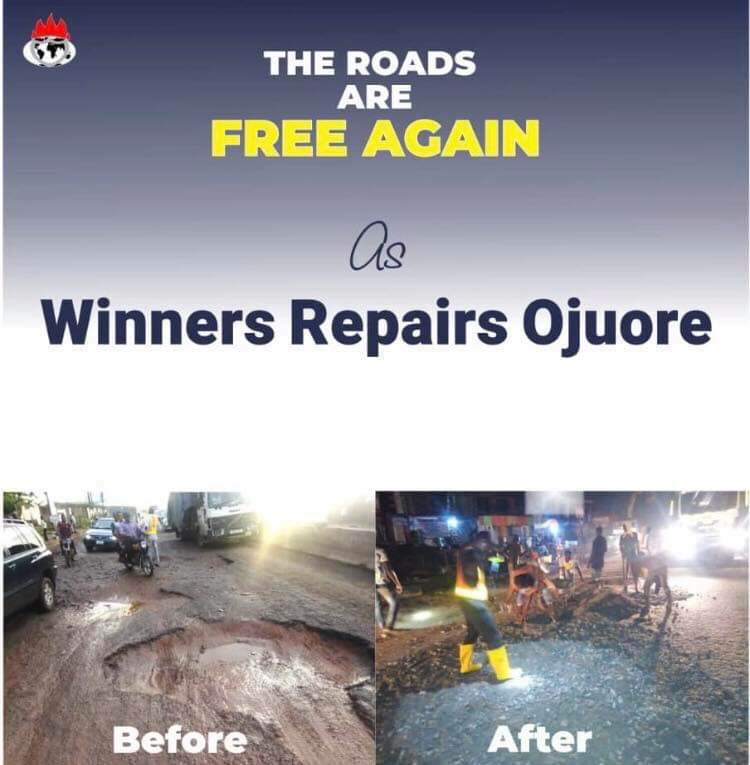 Traveling along the road to the border as well as Agbara and other towns had become a harrowing experience for both worshippers at the Church and non-worshippers alike every day of the week. This led the Church to intervene in order to give the people a respite.

This is not the first of such interventions, however it is the biggest single intervention till date and has helped in no small measure per time to relieve road users.

Speaking yesterday, Bishop Oyedepo announced that the sum of N650 million was approved and released for the repairs, adding that Canaanland where the Church is situated is the birthplace of giants where many have gotten their spiritual and physical needs met for the past 20 years. 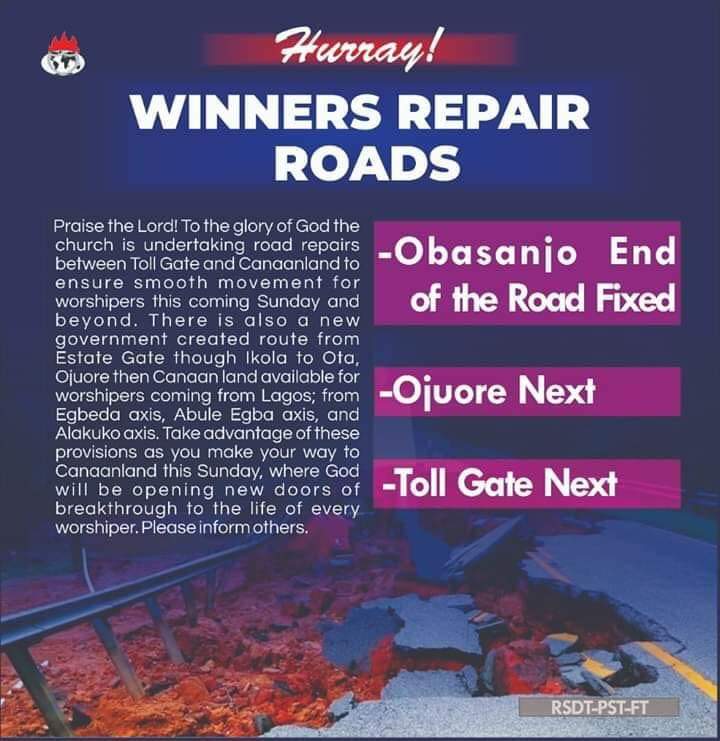 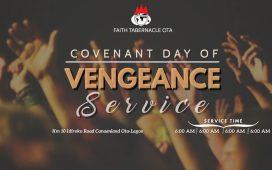 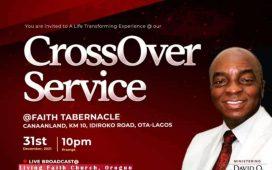 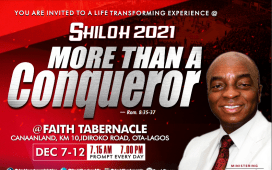