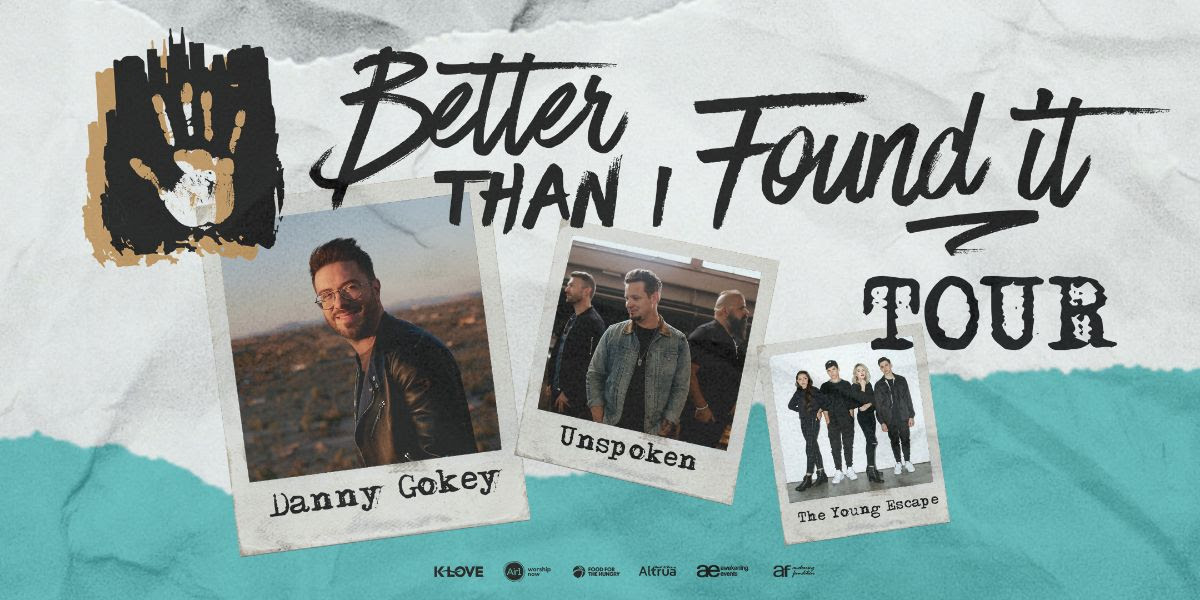 Awakening Events has announced that 3X Grammy® Nominee Danny Gokey will bring his “Better Than I Found It” tour to 18 cities this spring. Also featuring Christian radio hitmakers Unspoken and The Young Escape, the tour will kick off on April 16, in Augusta, GA and will feature stops in Springfield, MO, Woodbridge, VA, and more, before concluding on May 17 in Akron, OH. The tour is sponsored by Food for the Hungry, K-LOVE Radio, and Altrua HealthShare.

“This tour and the theme behind it is something I’ve been dreaming about and praying into for a long time,” said Gokey. “It’s inspired by one of my song’s lyrics, and something about it keeps resonating with me. When I came off of American Idol, in my exit interview, they asked me what I saw for my future in music. At the time, I didn’t even know what I was really saying, but I said I saw my music as a movement. This phrase, ‘Better Than I Found It’, encapsulates what I want that movement to be. The tour is just the start of activating people to really SEE the world around them and get involved in making it better.”

Tickets for all shows on the tour are on sale now at www.dannygokey.com and www.awakeningevents.com. Additionally, from now until March 17, fans that purchase early can save 20% on tickets to the tour via the Awakening Events Fan & Listener Appreciation Sale. The 20% off promotion runs through 11:59 PM local time on 3/17/20.

“We’ve been honored to work with Danny on many events throughout the years, and we’re very excited about this tour,” said Curtis Pinkerton, Director of Marketing at Awakening Events. “The concept behind the Better Than I Found It Tour is a powerful one, and we cannot wait to see it come to life on stage. Danny is an amazing talent – combine that with Unspoken and The Young Escape and you have what is sure to be one of the most exciting tours of the spring.”

Gokey said, “I’ve had the privilege of getting to meet a lot of people who are doing amazing things to foster change and I’m looking forward to telling those stories on this tour, but also being able to leave a deposit of something in each city that we visit as we go.” Gokey shared, “It’s going to be an entertaining night of music that brings hope, inspires and motivates!”

More information on the tour can be found at www.dannygokey.com and www.awakeningevents.com.

Better Than I Found It Tour *All dates subject to change

About Danny Gokey:
Three-time Grammy nominee and Capitol recording artist Danny Gokey became a favorite of millions of fans as a Top 3 finalist on Season 8 of “American Idol.” Following Idol, Gokey released his debut album, My Best Days, which debuted at #4 on the Billboard Top 200 album chart. Since that time, Gokey has celebrated a series of #1s including his follow-up album releases Hope In Front of Me, Rise, his latest full album release Haven’t Seen It Yet, and his first award-winning holiday album, Christmas Is Here. Spawning hit singles like “Haven’t Seen It Yet’, “Hope In Front of Me,” “Rise,” “Masterpiece”, “The Comeback,” and his RIAA Gold-certified single “Tell Your Heart to Beat Again,” Danny has cemented his place on the radio charts with multi-week, multi-chart #1 runs both in the United States and in Canada. Danny is the founder of a non-profit organization called Better Than I Found It and lives in Nashville with his wife Leyicet and four children. 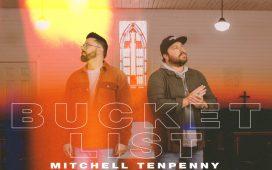