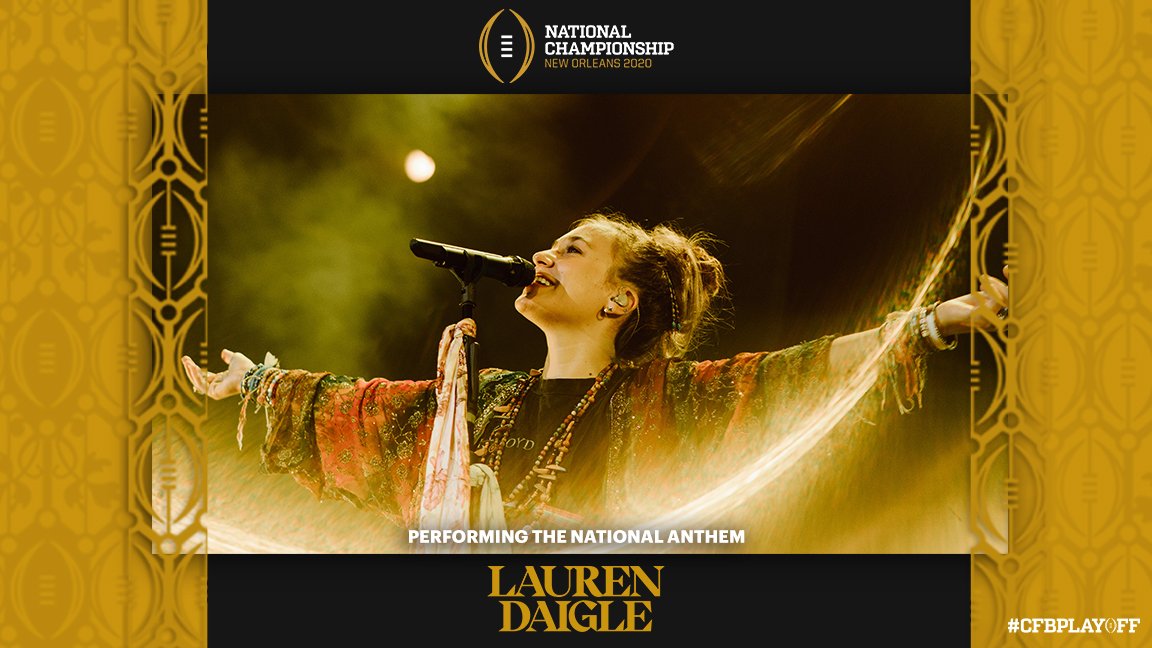 This week, two-time GRAMMY award winner and multi-platinum selling artist Lauren Daigle took to social media to announce she’ll be singing the national anthem on TV in 2020. Daigle has been booked to sing ahead of the College Football Playoff National Championship in New Orleans on January 13th. Her performance is expected to be televised on ESPN. Kick-off is set to get underway at 8 pm ET.

Daigle also recently announced additional dates have been added to her first headlining arena tour. Thirteen stops have been added to the US leg of “The Lauren Daigle World Tour.” Tickets for these added dates are on sale now at www.laurendaigle.com/tour.