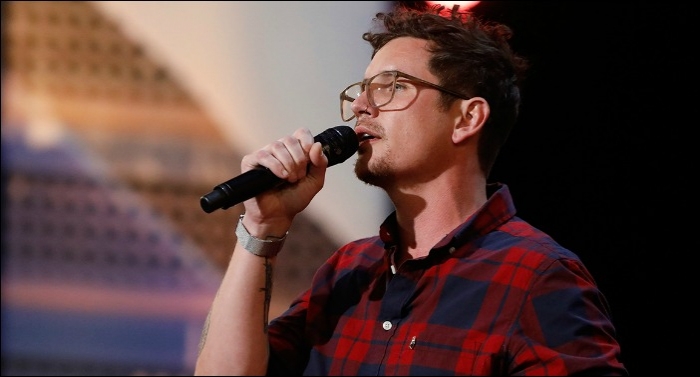 If you’ve spent much time on social media lately, chances are you’ve seen the viral video of United Pursuit member and solo artist Michael Ketterer’s America’s Got Talent audition. The part-time worship leader and pediatric nurse blew the audience away last week with his soulful performance of the Bee Gees’ “To Love Somebody,” causing judge Simon Cowell to hit the golden buzzer and automatically advance Ketterer to the live shows.

As the confetti rained down on Ketterer, a devoted husband and father to one biological daughter and five sons adopted from foster care, his family ran out to celebrate with him as Cowell joined him on stage for a hug and words of encouragement: “Something about your voice- I genuinely mean it – is special. Everything was perfect.”

In interviews after the audition, Ketterer talked about the nerves pre-show and the shock of such a positive response to his performance. He continues to keep his family the focus of this new journey, saying that if he wins the show, he would use the prize money to build a handicap accessible home for his son who has cerebral palsy.

In addition to his place as a solo artist and member of United Pursuit Band, Michael and his wife recently helped found Influence Music, an independent worship collective and label born out of Influence Church in Anaheim, California, where the Ketterer family now resides. Influence Music’s debut album released at the end of May and features several songs from Michael.

One of the songs, “Kingdom,” showcases a bit more of the Ketterer family’s story: “So thankful for all of the support and love that I’m receiving! Check out more of my family’s story in the video to my single KINGDOM from Influence Music’s album #TouchingHeaven. My family and I are undone and are so thankful to God for this amazing opportunity. Thank you Simon Cowell for hitting that button,” he recently shared. Click here to check out the video from Influence Music, and here to follow Michael on social media for updates as he continues his journey on America’s Got Talent.