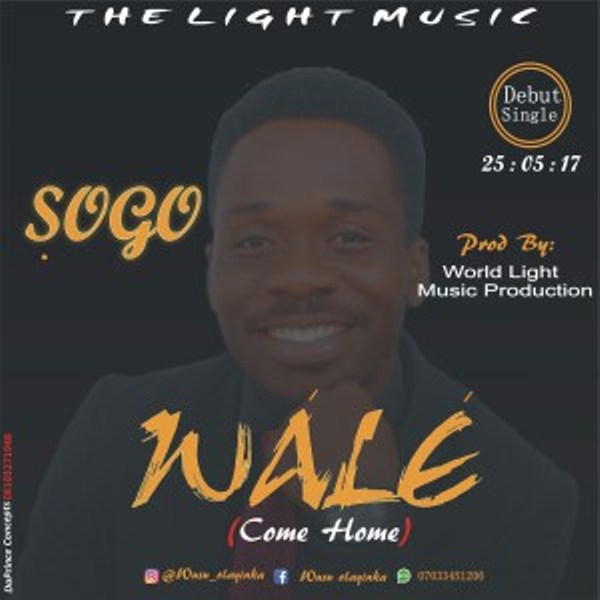 The light Music is a record label that has come to the music industry to shed light to the world via good and spirit filled songs. Early this week, while having a chat with the founder, He said and I quote:

Right in the midst of prayers, God dropped Matt 5:14-15 into my spirit man, He said to me “Anyone in darkness that listens to songs from this LABEL will be liberated, get clarity, receive hope and strength.”

Wusu olayinka with the stage name “Sogo” is a Nigerian based multi-talented worshipper and instrumentalist whose love for God, the word and worship spans over 2 decades. He is an anointed songwriter with burning desire to see men worship God in spirit and in truth.

His singing career started when he was about 5 years old at Foursquare Gospel Church, Ejigbo zone where his parents were ministers. He was encouraged to learn many instrument such as drums, keyboard and guitar which he still plays.

The lyrics of his songs are inspired from the encounters he has in his secret place and his peculiar walk with God.

He was appointed a music minister while on campus, bible study secretary and music director during youth service. He is presently the praise team coordinator of Foursquare Gospel Church, Abeokuta district.

He has and is still ministering at various gatherings and churches across Nigeria as he desires the knowledge of God to fill the earth.

The light music uses this avenue to announce the official release of Sogo’s debut single titled “WALE (Come Home)” which will be released on 25th of May 2017.