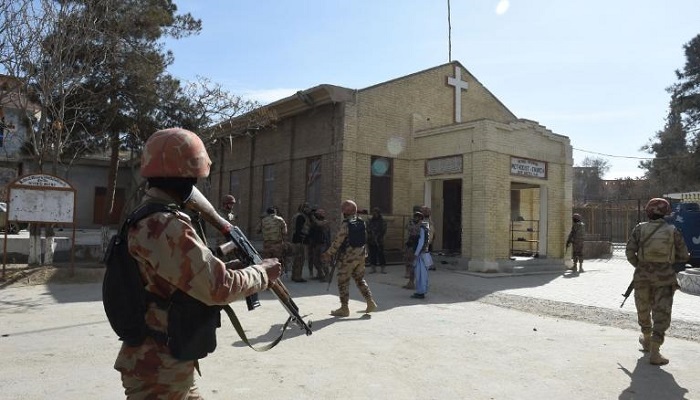 Relatives gathered at a Pakistani hospital after a drive-by shooting outside a church in the city of Quetta killed two people on April 15, Radio Free Europe reported.

Officials said two Christians were killed and at least eight others were injured when men on a motorbike opened fire on churchgoers as they made their way home.