The entire city of Abuja and it’s metropolis are aware of the P’kach’s “Son Of God” album launch and concert with massive publicity surrounding the release of the album.

After weeks of the video promotion on social media and main stream media of the album launch; P’kach unveils the official cover design for the “Son of God” album. He also gives us a peek at the track list, which includes the popular single that went viral ‘Odogwu’.

The “Son Of God” album contains 12 songs and enjoys features from veterans in the music industry such as Chris Morgan, Paul Ik Dairo and other gospel ministers.

This promises to be an album to look out for and we are keeping our fingers crossed until the 2nd of September, 2017 at Dominion City, Excellence Plaza, First Avenue, Gwarinpa – Abuja. 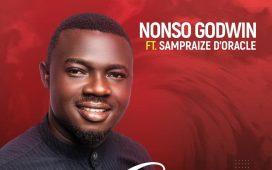