Gospel Songs Mp3 > Sermon > ARE YOU TRUE TO YOUR CALLING? – Pastor E.A Adeboye

ARE YOU TRUE TO YOUR CALLING? – Pastor E.A Adeboye 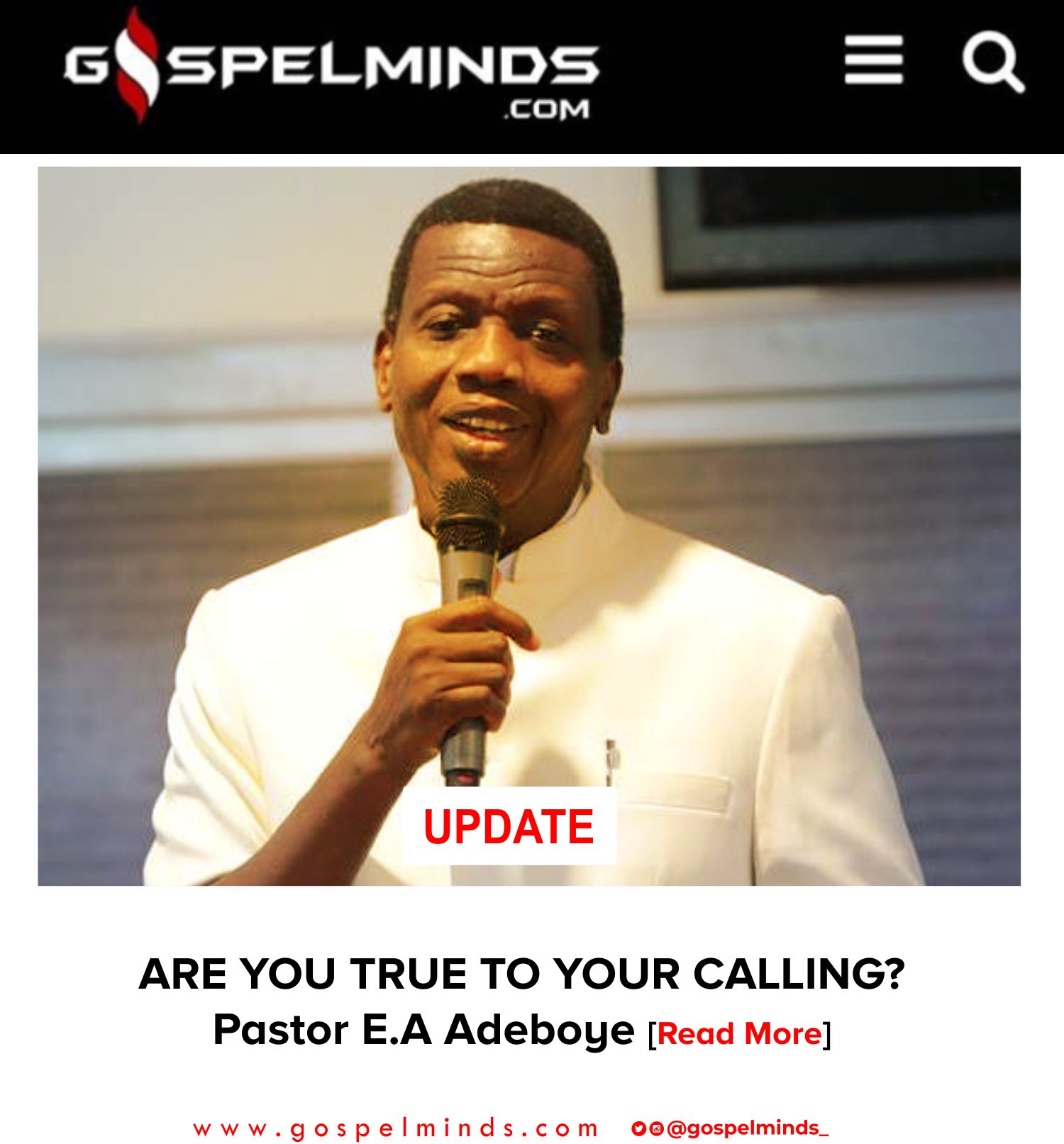 ARE YOU TRUE TO YOUR CALLING? – – Pastor E.A Adeboye

There are many people in ministry today who are going off track because they are operating in areas wherein they were not called.

Some out of personal ambition, are operating in callings that are not theirs while others are innocently operating in the wrong callings out of concern.

“And if a man also strive for masteries, yet is he not crowned, except he strive lawfully.” 2 Timothy 2:5

According to the above Bible verse, anyone who does things outside the will of the Master will be disqualified.

Everyone who God has called is scored by Him.

If what you are doing is outside God’s calling for your life, no matter how good you are in that calling or ministry, it is regarded as irrelevant.

Paul was greatly burdened by how the Jews were walking outside the will of God.

He kept preaching to them, yet they were persecuting him.

The greatest persecution he got were from the Jews because God was trying to point him in the direction of his calling- the Gentiles first, then to kings and then to the children of Israel (Acts 9:15).

Had he not been so persecuted by the Jews, he would not have been able to take the gospel to as many gentiles as he did.

Thank God that in Acts 18:5-6, he finally decided to leave the Jews and go to the gentiles to whom he was primarily sent.

God calls people for a reason and if everyone were to leave their calling to attend to someone else’s, there would be trouble. Imagine someone who is called to cause a great evangelical revival being so burdened about leadership in the nation that he distracts himself by contesting elections.

Imagine what would happen if the one who is to find the cure to incurable disease were to become burdened about the economy that he gets a job in the ministry of Finance.

You need to identify your calling through the guidance of the Holy Spirit and stay in it so as to fulfill your destiny and more importantly, for the world to be a better place.