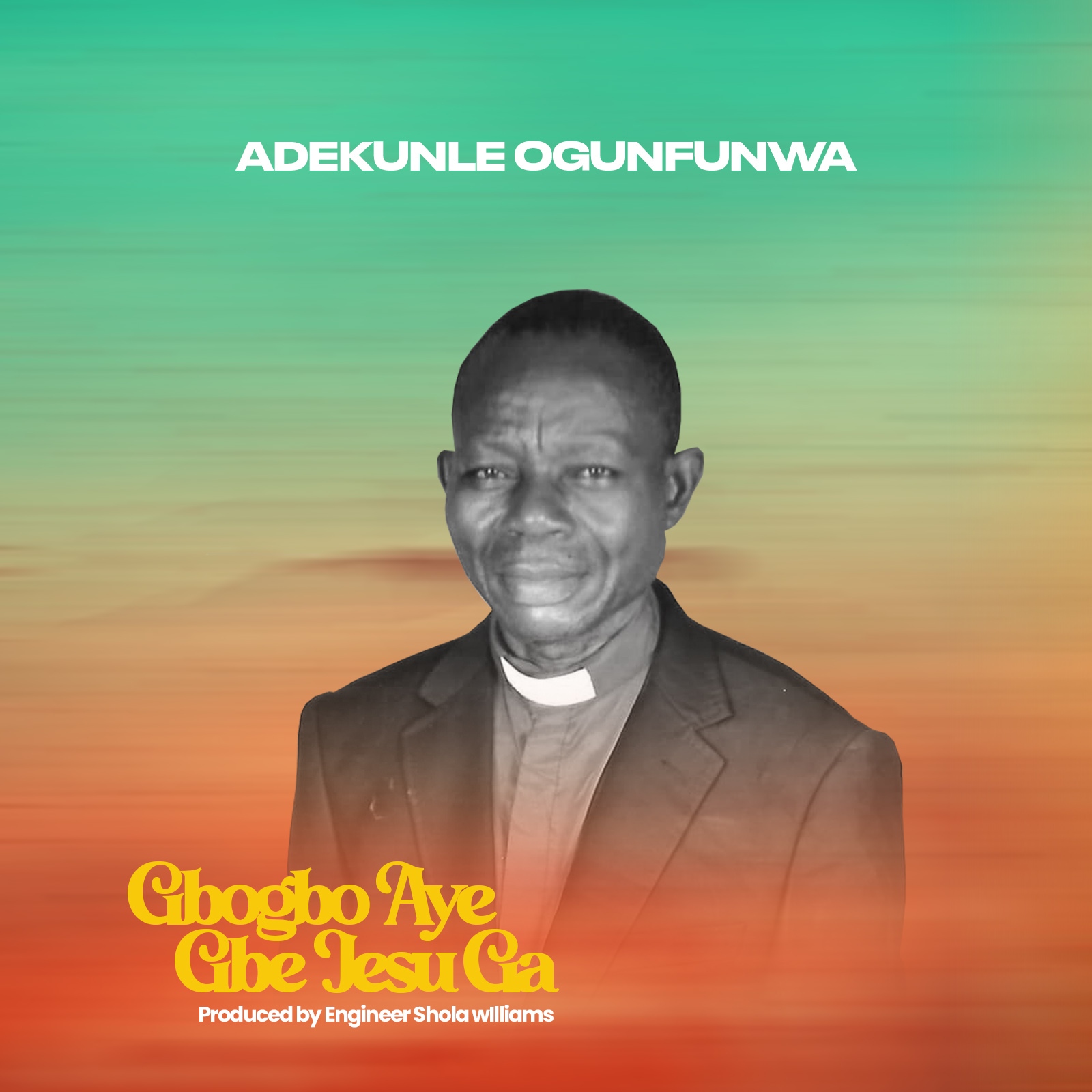 Evangelist Adekunle Ogunfunwa is a Songwriter, Composer, Guitarist, Vocalist, and Talented Gospel Singer. he has produced many Singles and gospel hits in Alujo and Tungba Contemporaries in the Nigeria Gospel music Industry over the years. It’s here again with his latest Single titled “Gbogbo Aye Gbe Jesu Ga” which is fast trending and now available for downloads

Evangelist Adekunle Ogunfunwa hails from the town of Ijebu Ode in Ogun State and in his early 70s. He’s been into music as a guitarist and a vocalist since the days of his youth when he joined a musical band named St David’s Band in his early 30s as a lead vocalist.
His role model is “Evangelist Ayewa J. A. Adelakun” a famous and talented Gospel Artist in the Nigerian Gospel Music Industry.

“Gbogbo Aye Gbe Jesu Ga” a Yoruba-titled track translated as “Let The World Lift Jesus High” in the English language, is a danceable and soul-lifting song composed under the lead of the Holy Spirit.

In his word, the major challenge he faced in the Music Industry was sponsorship and he further advised the upcoming gospel artist to be diligent, hardworking, prayerful and not just sing songs without making impact on the life of the listeners, he also further advised that we put God first in everything.