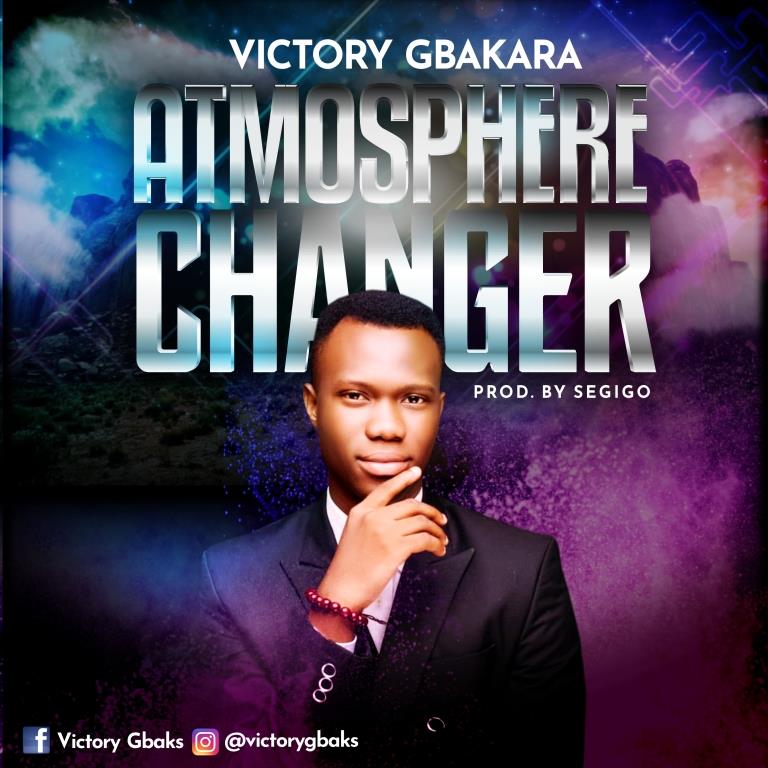 Assistant Musical Director of Benson Idahosa University Benin City, Victory Gbakara makes his debut with the release of his song “Atmosphere changer.” The song is a spirit breathed sound born in the midst of intense intercession and released to unleash the miraculous atmosphere of God.

“Atmosphere changer was inspired during a church service at God’s Will Mission, Warri, Nigeria. It was during a prayer session led by His Grace; Archbishop Gbakara and I just felt a shift in the atmosphere immediately. it got so intense that the words began to form from my heart up to my lips and a new song was born. Atmosphere changer became an experiential expression of my spirit in songs to the Lord” – Victory Gbaka