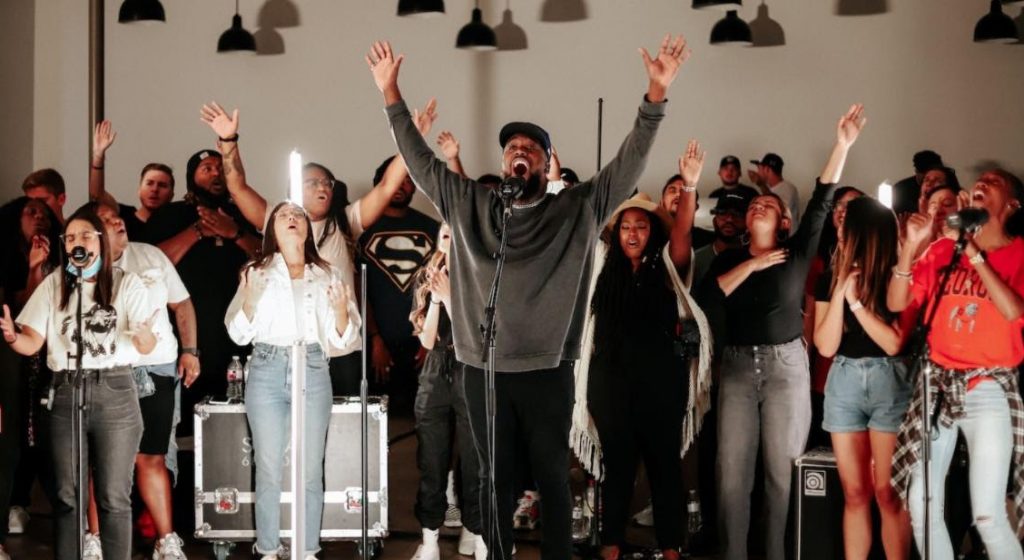 “Lots of people sing the same songs on a Sunday morning, no matter what type of church you go to, whether you’re a Black kid from wherever or a white kid from Mayberry,” songwriter and co-founder of the praise and worship collective Maverick City Music Jonathan Jay tells Apple Music. “Maverick City just basically started as an opportunity to make space for songwriters and people that maybe weren’t traditionally always in the CCM genre, but who identified with the genre. What we realised is that the representation in this space of people that weren’t white in terms of worship leaders was so refreshing for people. It was actually life-giving for people.” The group started self-releasing its own projects in 2019, the fruit of an expanding, interracial circle of worship-leading friends who gathered to share meals, write and record. The freewheeling approach carries over to their recording process. Maverick City, Vol. 3. Pt. 2, recorded with well over 100 people present and participating in an Atlanta studio shortly before the pandemic, has the warm rustle of a worship service combined with a demo session and a campfire jam. Everything that happened in the moment was captured and kept, imperfections and all. Reflects Jay, “I think more than anything, we give people space to really express themselves.” Here Jay breaks down a few of the project’s standout tracks.

Temple
“It’s the acceptance that you are worthy, something that happens in someone’s life when they really come to know the Lord. Paul talks about this in Ephesians, especially in Ephesians 2: ‘You who once were far off, now you’ve been brought near and it’s by grace through faith that you’ve been saved.’ I think that that’s something that it takes a long time to really accept, that you’re worthy of being a temple, someone that houses the spirit of God, that the Bible says that the same power that raised Jesus from the dead lives on the inside of us. I think that song is really just sort of a testament to that truth, that we are all living temples and carriers of his presence.”

Be Praised
“One of the things that is so unique about the Maverick City expression is that there seems to be a collective of love, to just give adoration and praise to the Lord, and ‘Be Praised’ is just a synopsis of that. We felt like it was one of the best ways to start a record off, to place the attention and the focus of what this record was about while we were all in the room, what moments like these even mean.”

The Story I’ll Tell
“‘The Story I’ll Tell’ is one of my favourite songs, and it is literally just saying, ‘Lord, of all the things that have happened in my life, I’m going to tell the stories of what you’ve done and the songs of your faithfulness, stories of goodness, stories of your steadfastness.’ I think we can all find ourselves in songs like that, because we all have moments we realise that if we really thought about it, we’ve had encounters, whether they’d be supernaturally miraculous or really simple.”

Yahweh
“It feels like a universal, upbeat praise song. It’s something that I can hear people in America singing, I could hear people in Africa singing it. Simple, uplifting, and it’s [from] the Psalm 96 [passage] saying it ascribes greatness and glory to God.”

Never Leave
“Maybe you don’t feel God in that moment when you really, really feel like you should. But I think the longer we live, the more we realise that he’s always been there and he’ll always be there with us. So it’s just a reminder for hearts that he will truly never leave.”

God of Midnight
“I feel like we all had moments in our life where we felt like we weren’t going to make it through. We felt like we needed a touch of God to come in and save the day. This song is just such a testament to that. God still rescues, and he still redeems.”

Put on Love
“Songs like ‘Put on Love’ are songs we need to be singing right now. I can’t underscore that enough. Just how polarised everything feels in our country, how unwilling people are to even be empathetic and considerate of other people. Paul talks about in Ephesians 2 that our main focus, especially with other believers, is what Christ has collectively done in our lives. That should be the number one thing that we find in common. That should be the way that we frame how we interact with others. So we need to put on love. We need to love our neighbour. We’ve just got to do a way better job of that.” 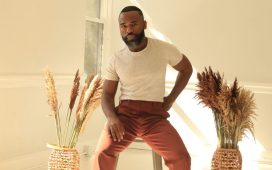